Who Is Taylor Nolan? Find Out What She Said And Why It Caused A Twitter Storm

Ex-Bachelor contestant Taylor Nolan has come under fire after some of her old tweets resurfaced on Twitter. Find out who is Taylor Nolan and what did she say.

Bachelor alumni Taylor Nolan has landed in hot water as some of her older controversial tweets recently resurfaced. Fans of the reality star were shocked to see some of the racist, homophobic and fat-shaming tweets posted by the former Bachelor contestant back in 2011. When the tweets surfaced, many netizens were quick to note that Nolan, who has been calling out the Bachelor franchise for its wrongdoings for many years, had made degrading remarks about several communities herself. Find out who is Taylor Nolan and why have her tweets sparked a Twitter outrage.

Who is Taylor Nolan?

Nolan is a 27-year-old former Bachelor contestant. She first appeared on the show back in 2017 during Nick Viall’s season. Nolan was only 23 at the time. Although she did not win that season, she went onto appear in Bachelor in Paradise and met contestant Derek Peth. The duo were instantly attracted to one another and also got engaged after the show. However, the two called things off in June 2018.

According to her Instagram handle, Nolan is now a mental health counsellor, but it is unclear, where she is working. Up until recently, Taylor Nolan was one of the most loved ex-contestants of the show. But recently a series of her older tweets resurfaced on Twitter and Reddit where she is seen speaking about and minority groups such as Indians, Asians and the Jewish community in a degrading manner. Her tweets were also homophobic in nature. 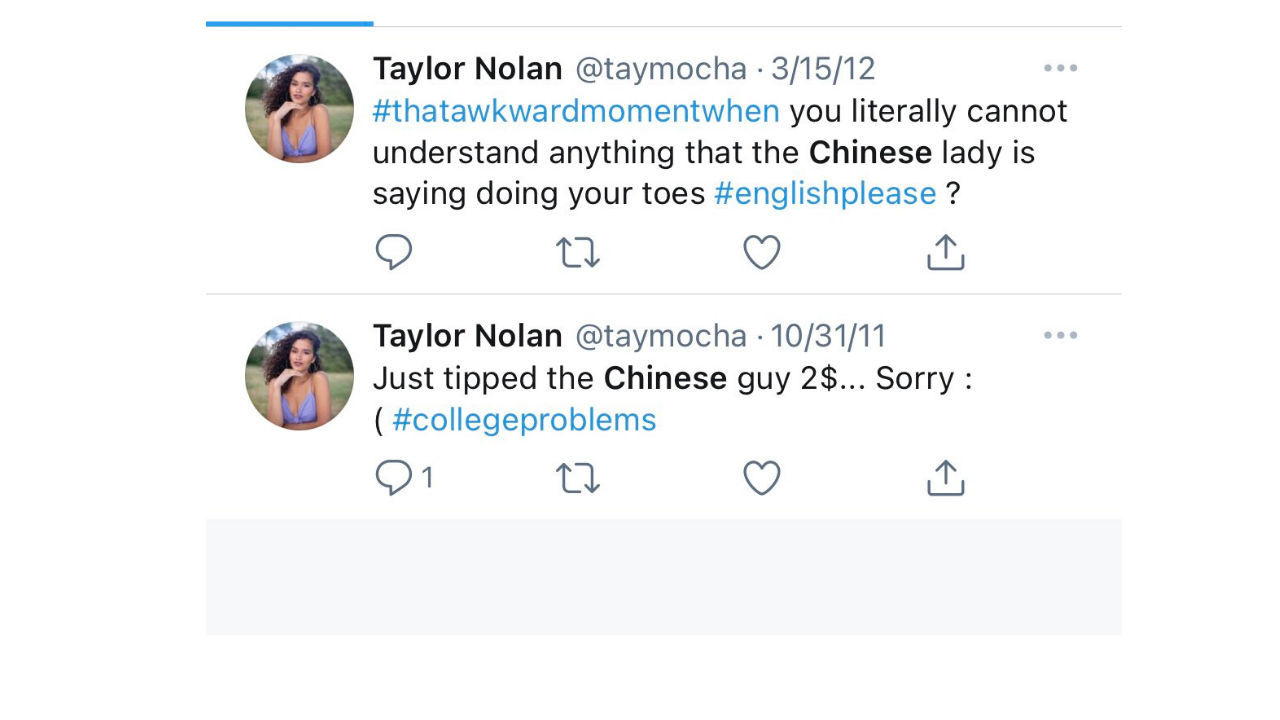 Indian guys: please shower before hitting the club or coming anywhere near me #thanks

Upon some sleuthing, it was found that most of tthese tweets dated back to 2011 and 2012. Some of the other tweets that caused the outrage saw her fat-shaming people. Here are some more older tweets from Nolan. 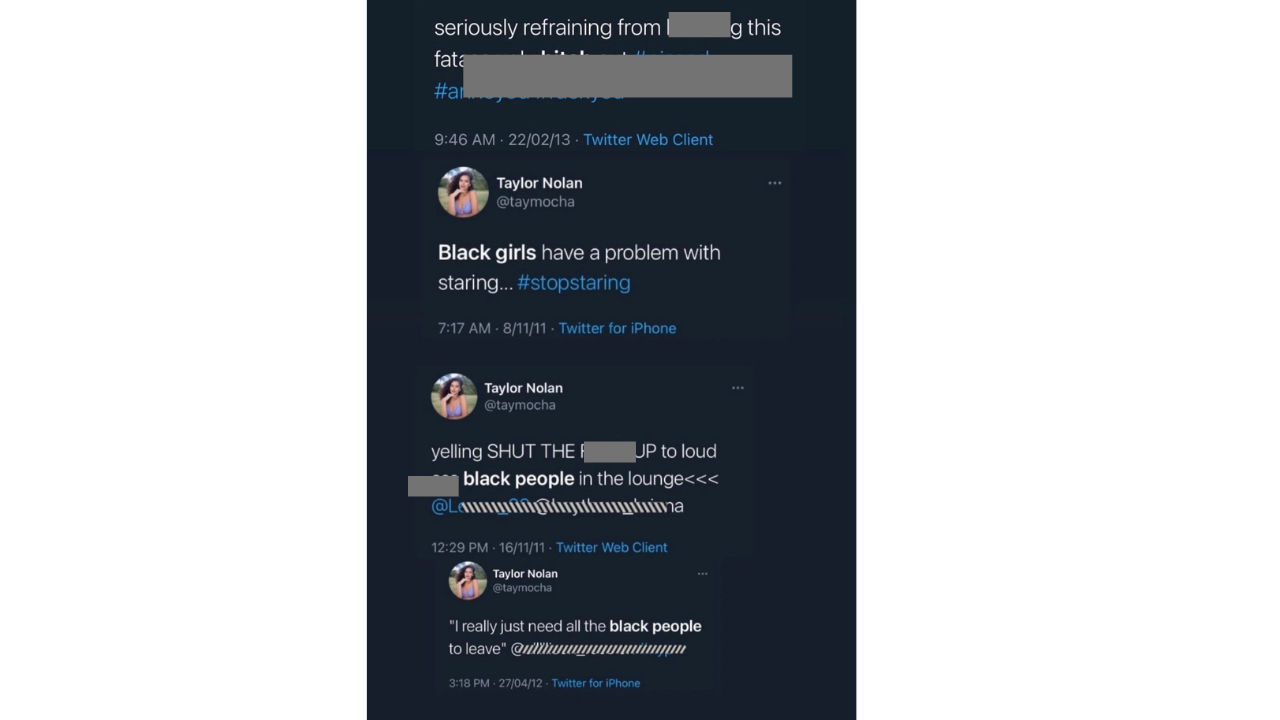 Read | 'The Bachelor' 2021: Chris Harrison speaks out days after stepping down as the host

What did Taylor Nolan say about these tweets?

Taylor Nolan's tweets have invited a lot of criticism on Twitter also by some former bachelor contestants. After the tweets began trending, Nolan uploaded a series of Instagram stories and a 30-minute apology video on February 28, in which she was seen apologizing for her tweets. In the video, Nolan said “My tweets from ten years ago are s****, they suck, they were wrong, and are hurtful. I want to be clear that they don’t take away from the work I do today, they are literally how I got here to do this work.”

She then went on to say, “To my fellow BIPOC community and the other folks who I harmed in those tweets, I see you, I hope you see me, we are in this together and I’m sorry I didn’t always stand with you. I’m sorry I centred my whiteness and the whiteness around me. I’m sorry I wasn’t better then, but I am here now and will always be.” The videos were deleted only a few hours after they were posted. Taylor then took her Instagram and posted her statement. The statement read, “Yesterday’s response was a reaction and not an apology. I’m sorry I didn’t take a second to come correct. I owe you all an apology.”

According to People Magazine, Kaitlyn Bristowe, the former contestant from The Bachelor and The Bachelorette franchise, took to her Instagram stories and said, that she was shocked by Taylor Nolan's tweets. The former contestant said that Nolan claims to be doing all this work, which should not be discredited, but it cannot act as an excuse to justify the tweets. Taylor was one of many Bachelor Nation stars who had criticized Chris Harrison for defending Bachelor star Rachael Kirkconnell's attendance at a "racist" antebellum party in 2018.

Read | Does Matt James get engaged to Rachael Kirkconnell on 'The Bachelor'? All you need to know