Netflix's latest series 'You' Season 3 premiered on the streamer on October 15 and dethroned the South Korean drama, 'Squid Game' soon after. Read on. 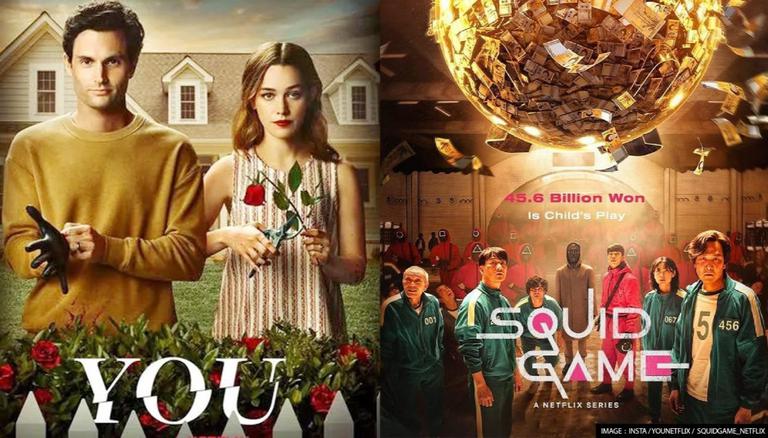 
Netflix's latest series You Season 3 premiered on the streamer on October 15. According to Popculture, the series ranked number one in just a few hours of its release. The psychological thriller drama has dethroned Netflix's South Korean drama, Squid Game, which has been dominating the streamer for over a month.

Read on to know more about the psychological thriller drama.

You Season 3 tops on Netflix

You is considered to be one of the most popular Netflix original series that is currently streaming, and the launch of its season 2 was expected to be a big deal by the audience. However, it was not expected that the thriller series would unseat the K-drama, a recent undergod hit that has exceeded all the expectations, especially with global audiences. At this time, You stands at number one on the title on the streamer, while Squid Game is number 2, followed by Maid, the Showtime series Shameless, and the new Dave Chappelle stand-up comedy special, The Closer.

The last two titles on the top 10 list are films- The Forgotten Battle at number 9, and Going in Style at number 10. Thus, the top 10 series looks quite identical. Even though Squid Game has been pushed down, the K-drama remains the most-watched series ever that has been released on the online streaming giant, Netflix. Both the series are available on the OTT platform.

You is an adaptation of novels penned by Caroline Kepnes and originally developed for Lifetime. In the new season, Joe and his new wife, Love, spend much of their time trying to put their homicidal pasts behind them in favour of a happy suburban home with a white picket fence and lovely garden. The relationship, however, was certain to fail. Not only did they have no trust for one another, but they also discovered that their "spark" was linked to violence. Recently, the OTT platform revealed the show is being renewed for season 4.

Furthermore, Squid Game is a thriller drama that follows the story of four hundred and fifty-six people, who have all struggled financially in life and are invited to play a mysterious survival competition. Competing in a series of traditional children's games but with deadly twists, they risk their lives to compete for huge prize money. The series is penned and helmed by South Korean filmmaker Hwang Dong-hyuk.

WE RECOMMEND
Netflix announces 'To All the Boys' spin-off series 'XO, Kitty' featuring Anna Cathcart
'You' star Penn Badgley a younger Jose Mourinho? Fans can't 'unsee' their similarity
‘You’ season 3: Makers release poster with promise of Joe and Love 'killing it' together
'You' Season 3 Twitter Review: Fans confused whether to 'love or hate' Joe
Next famous show like 'Squid Game' is probably already in Netflix engine: CEO Hastings
Listen to the latest songs, only on JioSaavn.com