The 'Sweet Home' star Lee Do Hyun might be roped in to feature opposite Song Hye Kyo in a new drama titled 'The Glory'. Read more. 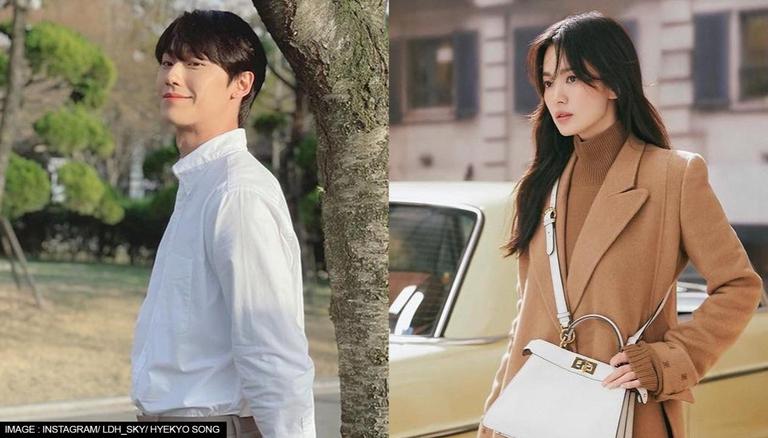 
The Sweet Home star Lee Do Hyun might be roped in to feature opposite Song Hye Kyo in a new drama! On Wednesday, as per Soompi, an industry representative reported, "Lee Do Hyun will be joining Kim Eun Sook’s new drama ‘The Glory’ as the main character".

Responding to the report, the actor's agency named Yuehua Entertainment revealed that Do Hyun has received 'a casting offer' for 'The Glory' and is reviewing the offer.

Lee Do Hyun to feature opposite Song Hye Kyo?

According to Soompi, the upcoming K-drama is a sad revenge tale that begins with a high school student who once dreamed of becoming an architect, however, had to drop out of school after suffering from brutal school violence. Several years later, the perpetrator gets married and has a child. Once the child is in elementary school, the former victim becomes their homeroom teacher and starts her thorough revenge towards the perpetrators and bystanders of her bullying days.

READ | Remember when Hyun Bin had denied being in love with Song Hye Kyo?

Earlier this year in the month of January, it was announced that the Descendants of the Sun star is confirmed to play the female lead role, whose name is Dong Eun. The Hotel Del Luna actor Do Hyun has been offered the role of Joo Yeo Jung, who is a carefree and smiley character. Instead of just being Dong Eun's prince charming, his character decides to become a means of her revenge.

READ | Song Hye Kyo all set to reunite with 'Descendants of the Sun' screenwriter for his next?

Penned by Kim Eun Sook, who is popular for Gong Yoo's Goblin, Song Joong Ki's Descendants of the Sun, Lee Min Ho's Heirs, and more, The Glory is helmed by Ahn Gil Ho. Gil Ho is known for K-dramas like Forest of Secrets, Memories of the Alhambra, Watcher, and Record of Youth.

Meanwhile, Do Hyun and Hye Kyo are currently busy with their own projects. Do Hyun is featured opposite Im Soo Jung in the school drama titled Melancholia as the math genius Baek Seung Yoo, who is a guy of several words. Hye Kyo is starring in the SBS series Now, We're Breaking Up as Ha Young Eun, who is an intelligent realist and trendy manager of the design team at a fashion label. The first episode will be aired on November 12.

READ | 'Youth of May' actors Lee Do-hyun and Go Min-si recreate iconic 'DDLJ' scene fans: Watch
READ | Lee Do Hyun and Kwak Dong Yeon to appear together in a Netflix drama based on a Webtoon?

WE RECOMMEND
Lee Do Hyun and Kwak Dong Yeon to appear together in a Netflix drama based on a Webtoon?
Did you know Netflix's binged series 'Squid Game' has an Indian connection? Read
Song Hye-Kyo's Instagram photos are proof that the actor hasn't aged at all | See pictures
Remember when Hyun Bin had denied being in love with Song Hye Kyo?
Song Hye Kyo all set to reunite with 'Descendants of the Sun' screenwriter for his next?
Listen to the latest songs, only on JioSaavn.com