Seven years after the discovery of its “dragon-like jawline” in Mexican territory, an ancient, distinct shark species was given a formal name.


Seven years after the discovery of its “dragon-like jawline”, an ancient, distinct shark species was given a formal name. A bulletin that was published in the New Mexico Museum of Natural History & Science identified the marine species as Dracopristis hoffmanorum, or Hoffman's Dragon Shark, in honour of the New Mexico family that owns the land in Albuquerque where the fossil of its teeth was first found in 2013. The name was given to the ancient species by John Paul-Hodnett who teamed up with a slew of other researchers for the process.

Over seven years ago, Hodnett unearthed the remains of the 300 million-year-old shark’s teeth. Describing the fossil, he said that the chompers were squatter and shorter, which made him believe that it belonged to a previously undiscovered species. Analyzing the structure of the teeth further, Hodnett asserted that it was “great for grasping and crushing” prey rather than “piercing” it. He reckoned that it was the ancient teeth, which marked the first sign that it might belong to a distinct species. 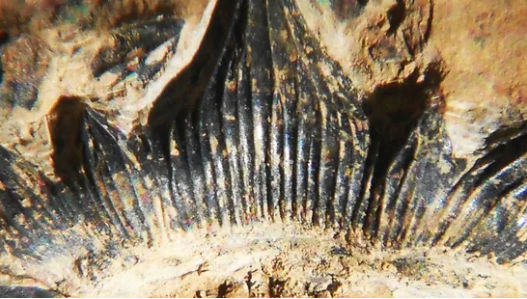 He further added that the name also harkens to the dragon-like jawline and 2.5-foot (0.75-meter) fin spines that inspired the discovery's initial nickname, “Godzilla Shark.” Following the unearthing of  12 rows of teeth on the shark's lower jaw, the researchers made subsq=equnt discoveries, leading to the completion of the skeleton last week. Hodnett and his colleagues believe that Hoffman's dragon shark most likely lived in the shallows along the coast, stalking prey like crustaceans, fish and other sharks.

READ | What happened to Doorbot? Here's all you need to know about Doorbot after 'Shark Tank'

Just a few weeks ago, palaeontologists found the remains of a rare species of shark which swam nearly 93 million years ago. While sharks are deemed to be one of the most ancient creatures on the planet, it is the peculiar wing-like fins of this species that has left the researchers flabbergasted. As of now, no revelations have been made about its filtering mechanism for eating, but experts said that it appears to have been a slow-swimming shark that fed on plankton through filter-feeding, as plankton-eating whale sharks and basking sharks do today.