Elephants Viral video: A very captivating video has been surfacing on social media where two baby elephants are seen kissing each other. WATCH here. 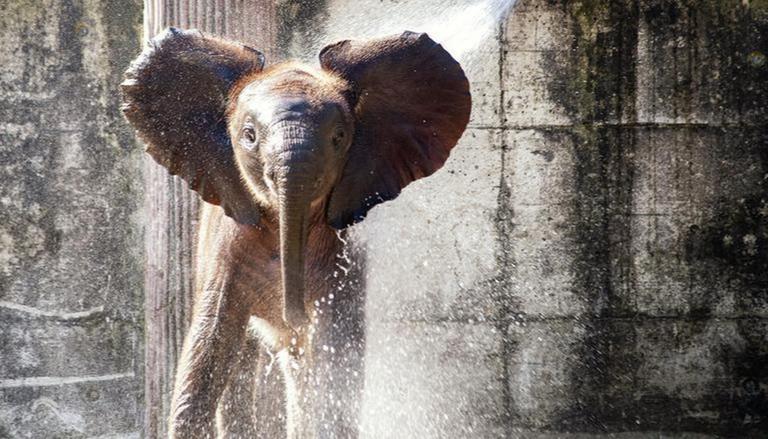 
There's no denying the fact that watching animal videos has a pure element of entertainment and joy, and those who are regular social media users know the fun of watching them. Well, in today's edition of the animal videos, a very captivating moment has been captured where two baby elephants are seen kissing each other. The adorable video has been doing the rounds on social media for quite some time and has grabbed the attention of many users. There's a high possibility that the snippet from Kenya Zoo will surely lighten up your mood.

Shared by a Kennya-based animal organisation named Sheldrick Wildlife Trust, the video shows two elephants kissing each other. The fun part of the video is when the second elephant equally reciprocates love by holding the trunk of his companion. In the video, one can see the elephants standing amid the muddy landscape.

Since the video went on social media, it has garnered humongous views and hundreds of retweets, along with numerous comments. More than 3000 people liked the post and many shared different comments to express their reactions to the adorable video. See how netizens reacted after watching "Elephant kisses". 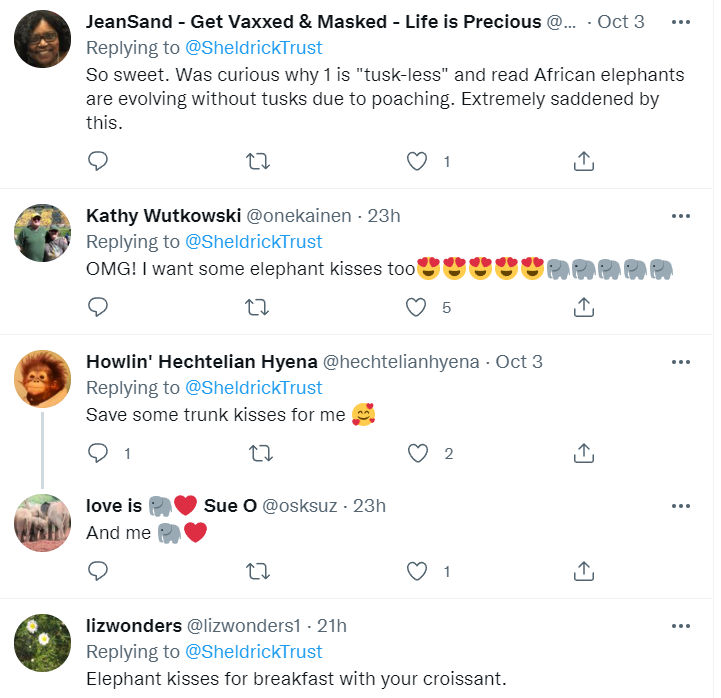 After watching the elephants' viral video, one Twitter user took to the comment section and wrote, "OMG! I want some elephant kisses too, "Elephant kisses for breakfast with your croissant". Another person said, "That's adorable". A fourth guy commented, "Awww these two are adorable".

Have look at similar videos shared by Sheldrick Wildlife

Ivia the buffalo and his ele-friend Ndotto are both orphaned animals who we are giving a second shot at life. In the wild, the two species would usually keep their distance. In our care, they are united by a love of play are surprisingly gentle with one another. pic.twitter.com/pTZgriAh44

WE RECOMMEND
Watch video of elephant playing peekaboo; netizens call it 'too adorable'
Listen to the latest songs, only on JioSaavn.com