Shot from onboard an airplane, the midland pilot caught aerial footage of dam breaking as water gushed out raising concerns of it wreaking havoc in nearby areas

Dramatic aerial footage captured by a pilot flying over the flooded Tittabawassee River in Midland County, Michigan has gone viral. Shared by Ryan Kaleto on his Facebook account, the clip portrays the roaring and turbulent water that flowed downstream after the Edenville Dam burst late evening on May 19. Ryan captioned the footage saying that Wixom Lake might be “gone by tomorrow” after the devastating impoundment failure of the dam amid heavy rainfall.

Shot from on board a small airplane, the midland pilot caught the dam breaking as the water gushed out raising concerns of it wreaking havoc in the nearby areas. Residents in Edenville and Sanford were instructed to immediately evacuate as danger warnings were issued to the people in the city of Midland who aboded near the river. The candid footage perturbed the residents as well as several other users on the internet as they called the incident “harrowing”, simultaneously “praying for everyone’s safety in its path.”

With 1.6k likes and nearly 2.2k reactions, commenters admired the efforts of the rescuers and first-responders preparing to evacuate the site. “This is getting out of hand,” wrote a concerned Facebook user. “So wild, and scary. Are you okay? Keep us posted,” wrote the second. “Crazy. Notice the pine trees collapsing under the rush of the water,” pointed out the third. “This is horrible, we have a cabin on that river,” sounded concern, one other. “Why did the dam break?” asked a user, to which a Michigander replied, “it rained for 3 days straight.” 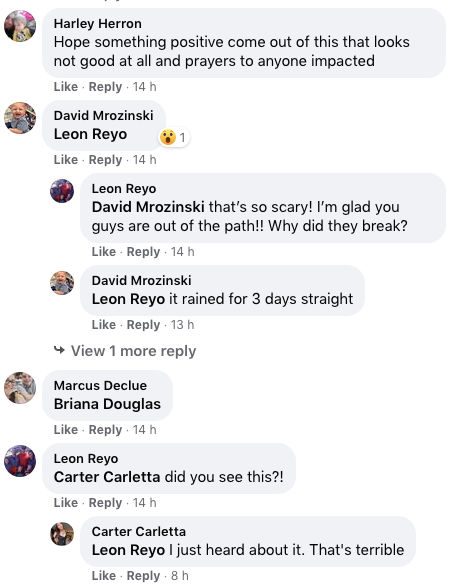 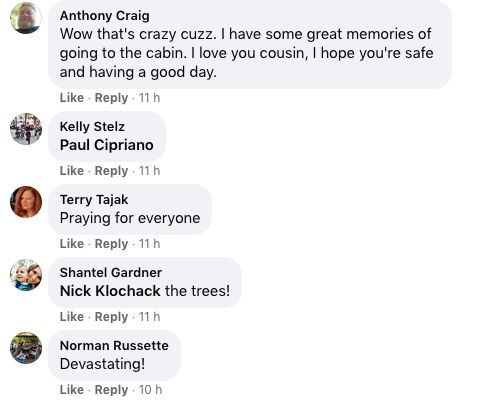 The National Weather Service had warned

In a statement issued regarding the dam failure and the floodwater breach, Governor Gretchen Whitmer reportedly said that the administration was issuing an emergency declaration in order to ensure state and local officials accumulated the resources they needed in response. Both the Edenville and the Sanford dams failed in Central Michigan, she added. Earlier, as per local weather reports, The National Weather Service, Detroit, had warned the state of “life-threatening” flooding as the river rose to a record 34.4 feet near the city of Midland.

Read: Is That A Boat In Ocean?: Tricky Image Of Cake Leaves Netizens Confused