This 'after death checklist' makes some hilarious and spooky demands that all best friends can relate to. Read on to find out the list of demands: 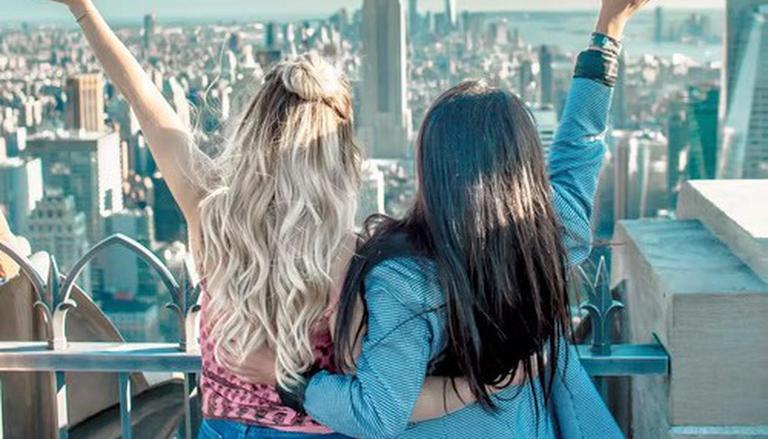 
Everyone has that one 'Best Friend' with whom they share every secret, small and big, from their life. Best Friends are always honest to and critical of each other and are tend to make hilarious to disturbing demands. Recently, one such list of demands that one best friend requested from their counterpart went viral on social media. But the catch is, it is an 'after death checklist' to which every best friend couple can relate.

More often than always, the relationship between two best friends is often bittersweet types. So, this is a perfect instance that reinstates the fact best friends are one of the most important companies that one can have. This 'after-death checklist' is very meticulous yet hilarious. If one assumed that the list is anything near gloomy, then after seeing the list below, your assumptions would be proven wrong.

2. Ki posting to my social media as if it is me in my coffin.

3. Remember the secret word that will let you know if a psychic is real.

4. Tell that one guy I never liked him.

The photo has gone viral on all Facebook, Instagram, and Twitter and netizens relate to every word of it. The author of the checklist has made a hilarious set of demands. The list displays a mix of spook, emotions, and reality. Although the source of the 'after-death checklist' is unknown, netizens have shared it multiple times tagging their best friends. They also shared short instances which explain why they think their best friends could be the ones to prepare the list. One Facebook user Road how her best friend gave her a "secret best friend word." Briefly narrating the incident the user wrote, "she told me the exact same thing right before she went to her heavenly home. If I hear that word, I know it's hurt and I have never ordered that word to a single soul as I promised lol. But the best part is, it turns out and never actually needed a certain what to know that she is around. I know that she is all the time when I think of a daily."

WE RECOMMEND
Will FRIENDS Reunion be on Netflix? here's how can you watch the special episode online
Why isn't Sam coming back to iCarly? Know why Jennette McCurdy turned down the project
Is Bishop leaving NCIS in 2021? Here's what 'Rule 91' hints about Emily Wickersham's role
Britney Spears' attorney appeals court to suspend father Jamie amid conservatorship row
What time is 'Butter' by BTS coming out? Here are the timings for different zones
Listen to the latest songs, only on JioSaavn.com