Archer Shoots All Balloons Placed In A Row But Misses Second Last One; Netizens Stunned

All the balloons burst in a fraction of a second but, the second last ballon placed in the row remains untouched while the arrow perfectly shot the last one. 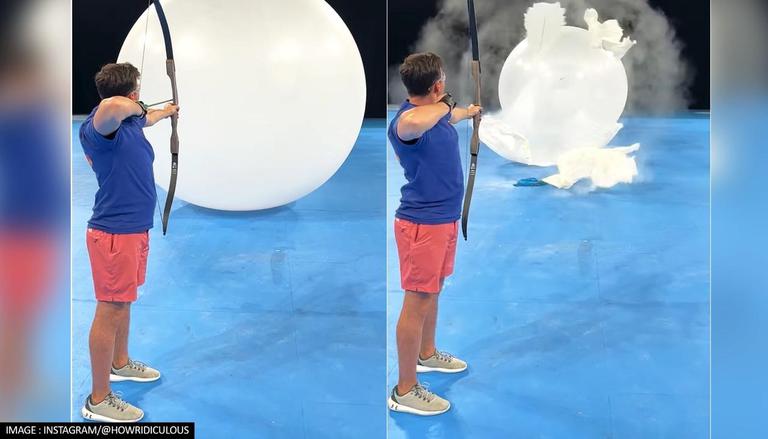 
Every day around 95 million photos and videos are shared on Instagram, making it one of the busiest social media platforms in the world. Some of them are too adorable to watch, while some are enough to say "how is it possible"? In a similar trend, a video uploaded on the video and photo-sharing app, is enough to leave the netizens in a state of shock. In the video, a man is seen targeting a series of large balloons placed one after another. The video opens to show an archer taking aim at the huge balloons using a bow and arrow. Watch the arrow viral video here:

As the video proceeds, he aims perfectly at least ten ballons placed in a single row. Surprisingly, all the balloons burst in a fraction of a second but, the second last ballon placed in the row remain untouched while the arrow perfectly shot the last one. As he makes a perfect shot, he can be heard cheering with a loud sound and showing victory signs. Meanwhile, the video uploaded on Saturday with the caption: "One life to pop another day" has garnered over forty thousand views on Instagram and, the count is still going on.

Netizens were amazed to watch the video 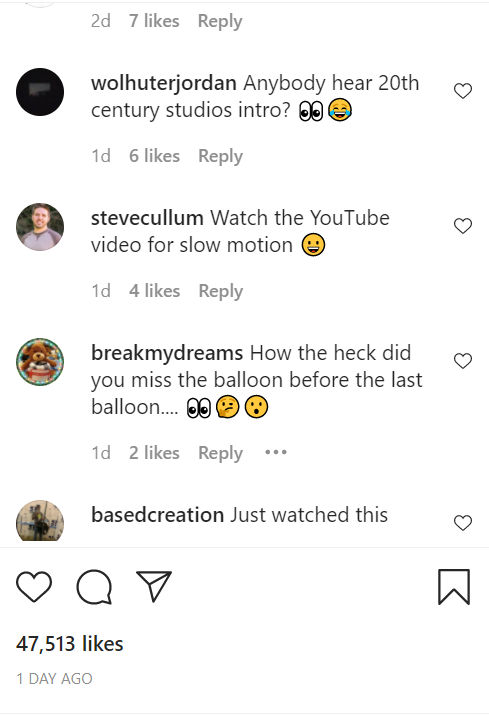 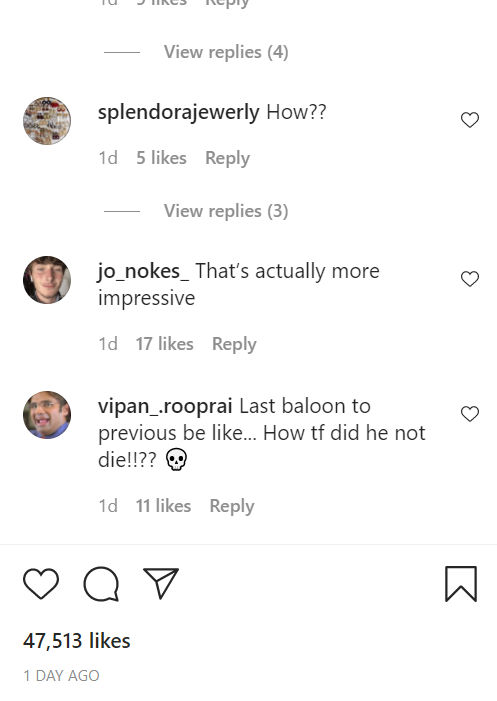 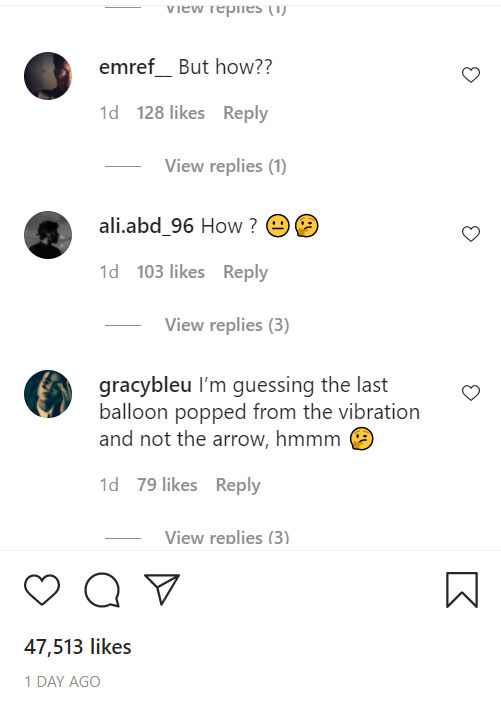 Netizens were also in a state of shock after watching the stunning act, especially the bursting of the last one. One user, who was stunned to watch the video wrote, "How's that even possible?" "How the last one pop & the one in front of the last one didn’t?" wrote another user. While the other one who seems to track the incident, wrote, I'm guessing the last balloon popped from the vibration and not the arrow, hmmm." "Last balloon to previous be like... How to did he not die!!??" wrote the fourth user. "How the heck did you miss the balloon before the last balloon...." wrote another user.

A post shared by Ripley's Believe It or Not! (@ripleysbelieveitornot)

In a similar video uploaded on the video and photo-sharing app, an aerialist performer can be seen hanging by her hair beside a busy road in New York. The one minute video shared by the Instagram user named Ripley's Believe It or Not!, starts with an act that is generally performed in the circus. As the video proceeds, the aerialist performer named Erin Blare can be seen suspended or swung through the air, held by the anchor point atop her head. It seems the hair is held tightly and secured in a strategic knot surrounding a metal loop. ⁠⁠According to the description of the post, one of only a handful of aerialists, Erin Blaire, has cautiously and creatively trained to perform scalp-tingling stunts that continue to fascinate the people.