Anand Mahindra asked if you are a salesperson in Afghanistan's Helmand province for Shaving Razor company, what will you do. He gave four options. 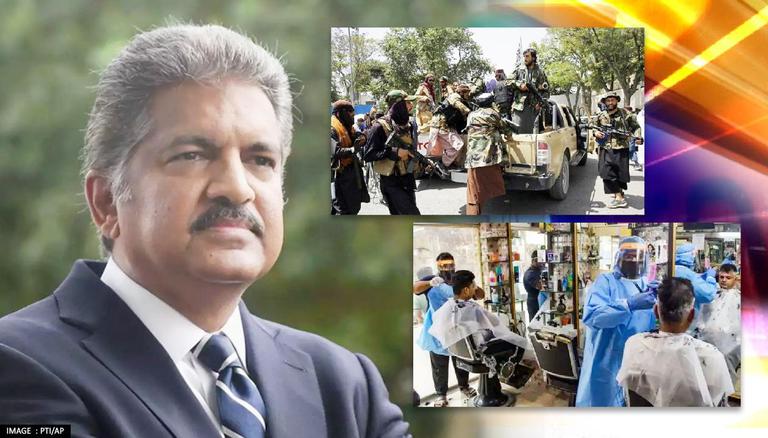 
Bringing the horrors of their previous regime back, the Taliban has started showing its true colours. The extremist group has banned hairdressers in Afghanistan's Helmand province from trimming or shaving beards, according to reports. Reacting to this new development, Anand Mahindra, the chairman of the Mahindra and Mahindra group, has expressed his concern.

He asked if you are a salesperson in Afghanistan for Shaving Razor company, what will you do. He also gave four options including leaving the country to inventing a beard care product.

According to several reports, the insurgents' group has banned donning hairstyles and shaving beards in Helmand province of the war-torn country. The reports stated that the Ministry of Islamic Orientation held a meeting with the representatives of hairdressing salons and advised them against shaving beards and styling hair.

"If any barbershop or public bath is found to have shaved anyone's beard or played music, they will be dealt with according to the Sharia principles and they will not have the right to complain," the statement said.

Since taking over Kabul last month, the extremist group has increased its offensive. Recently, the outfit had hung people publically for allegedly carrying out a kidnapping in Herat.

While the restrictions on men are limited, the outfit's crackdown on women has been harsher. Women are banned from politics and numerous restrictions have been imposed on their movement. The new Taliban regime has said that women will only be allowed to work and study as per Islamic laws. Additionally, there is fear among people that the group will start amputation and execution of criminals, giving it the guise of Sharia laws.