An Australian news channel while broadcasting a routine news telecast aired a Satanic clip. The visual played as the anchor was speaking on a story about dogs. 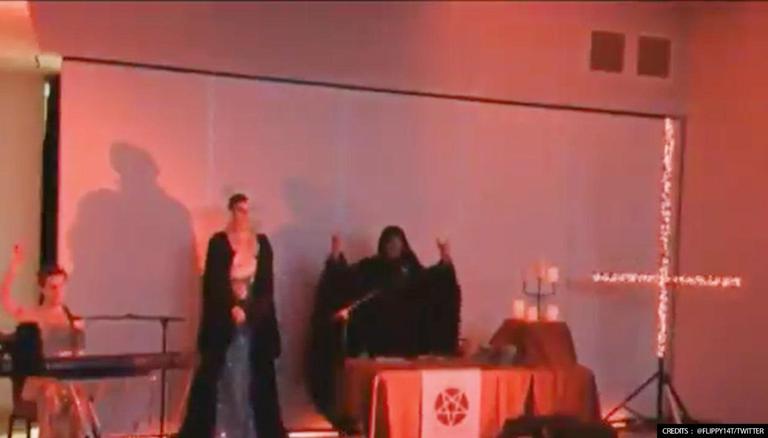 
An Australian news channel, while broadcasting a routine news telecast, accidentally aired a Satanic clip. ABC TV was broadcasting a segment on the law proposed for prisoning people who hurt police dogs. The video showed suit-clad men standing outside a building. Unexpectedly, the video then proceeded to show a visual of people wearing black. As the visual aired on TV, the anchor managed to keep a straight face as she moved to the next news segment.

The footage of the news segment aired on the channel has been going viral on social media. In the video circulated on social media, the anchor can be seen presenting a story about a new law proposed to make the killing of police dogs a criminal offence.

As the anchor can be seen presenting the news, the visuals show three suit-clad men coming out of a building. The news channel then played a clip of a satanic ritual during the telecast. The whole clip of the satanic ritual played only for a couple of seconds but it has gone viral on social media. The channel realised the mistake and immediately cut the feed. The channel again showed the anchor, who started speaking about another story. Watch the video here:

According to The Guardian in June, a Television anchor in Argentina made a hilarious blunder after she announced the death of William Shakespeare. She mixed up the name of an 81-year-old man. William “Bill” Shakespeare, 81, was the first man of the world to receive an approved COVID-19 vaccine in December 2020, as per the report. He died at the same University Hospital in Coventry where he was administered the coronavirus jab. The famous playwright Shakespeare died in 1616 but she did not notice the mistake even when the image of the man appeared on the screen.

READ | Japan: New Crescent-shaped island forms after volcanic eruption | See pictures
READ | Blue Moon on August 22: Check where, when and how to see in US, UK