A video has gone viral on social media showcasing a couple's spectacular entry to their wedding party, only to fall later while dancing on the floor. 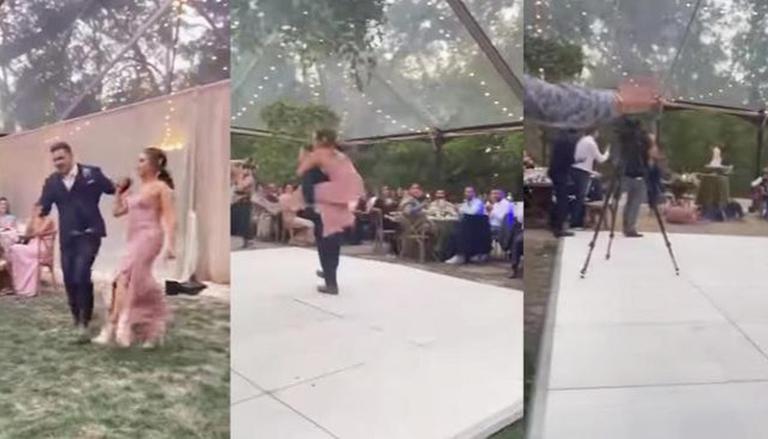 
The wedding day is considered one of the most important days in one's life and people leave no stone unturned to make the day memorable. A lot of effort goes into planning for the event, and weddings are often considered incomplete without dance and a little 'drama.' The internet is full of videos showing brides and grooms making dramatic entries but this one is particularly special.

A video has gone viral on social media showcasing a couple's spectacular entry into their wedding party while holding each other's hands and heading straight to the dance floor. However, shortly after arriving on the dance floor, the bride attempts to leap on the groom's back, causing the groom to lose his balance and fall off the stage along with the bride. However, this did not deter their enthusiasm and they quickly got up and started to dance again with the same zeal.

The video has gone viral since it was shared on Instagram a few days ago. As of now, it has amassed more than 56,000 likes and over 2.5 million views. Besides, it has also accumulated a number of comments from people. Reacting to the video, one of the users wrote, "You’re in a formal gown and suit why lift her like a cowboy [sic]." "What kind of entrance is this?? [sic]," wrote another.  "l hope when we dance that we don’t end up like that lol [sic]," expressed a third. "This is because it is the most they moved in a decade but standing ovation for the dust bites [sic]," read a comment. Meanwhile, many users dropped different emojis to show their reactions.

READ | 'Life in Corona': Bride and groom exchange face masks instead of garlands during wedding

Here are some comments by users: 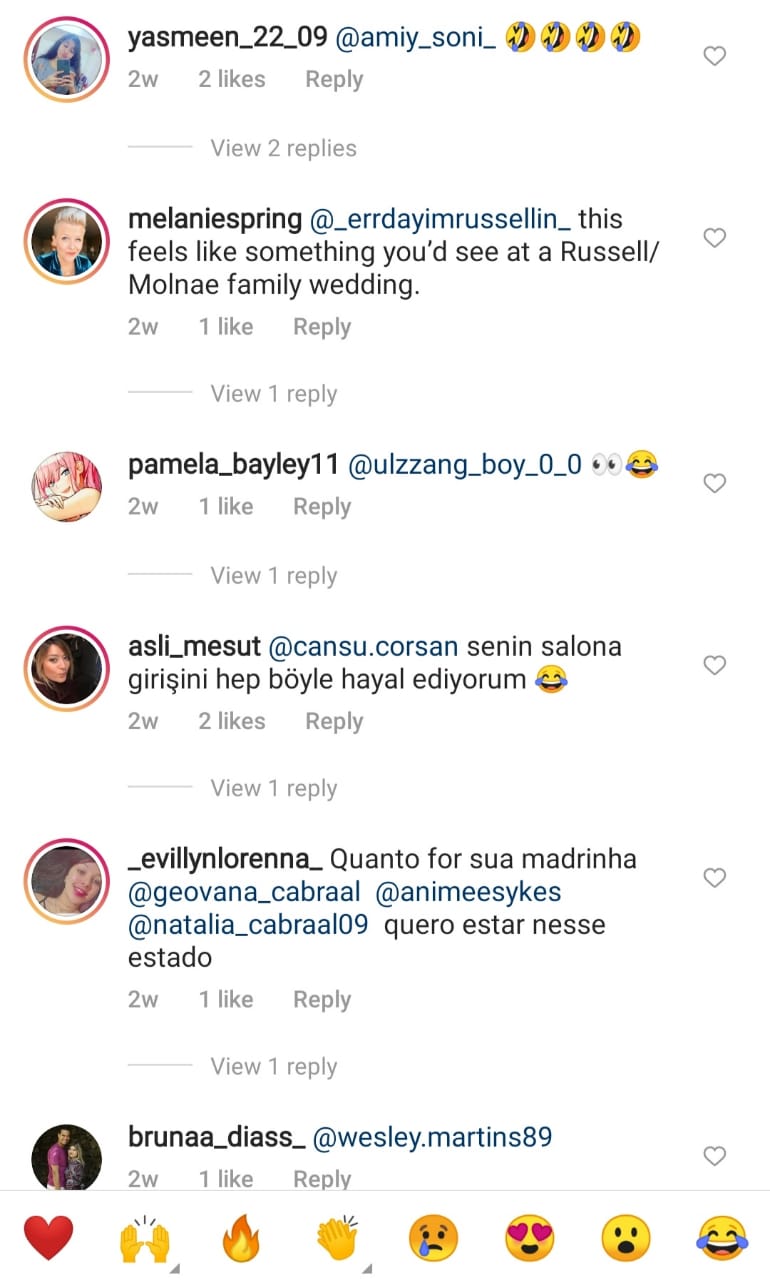 It is worth noting here that recently a similar kind of video had gone viral where a bride and groom were seen doing push-ups together on their wedding stage. The video was shared by the bride Akshita Arora who is also a fitness coach. “A couple who lifts together ends up getting married,” read the caption of the video. In the short video, the couple is seen doing push-ups drapped in their wedding attire. While the bride is seen wearing cream and a red lehenga, the groom had donned a pink sherwani. The video shows them doing push-ups comfortably despite not being in an outfit not meant for exercising. The video has garnered around 4,000 likes on Instagram.

READ | Jasmin Bhasin and Aly Goni turn into bride and groom for a song after Disha and Rahul
READ | US: Bride and groom crash their own wedding at a mansion they did not own or rent

WE RECOMMEND
Bride hitchhikes with cop to wedding after vintage car breaks down on highway; Watch
Video of a Groom in Brazil showcasing cool dance moves during wedding ceremony goes viral
Bride forced to wear similar gown as her mother-in-law at reception, netizens empathise
Bride and Groom set couple goals, do push-ups decked up in wedding attire, Watch
Video: Bride's dance with bridesmaids at wedding leaves groom emotional, watch
Listen to the latest songs, only on JioSaavn.com