Calm App has gone viral after its decision to support Naomi Osaka. Some people are in favour of it whilst most are against the support being offered. 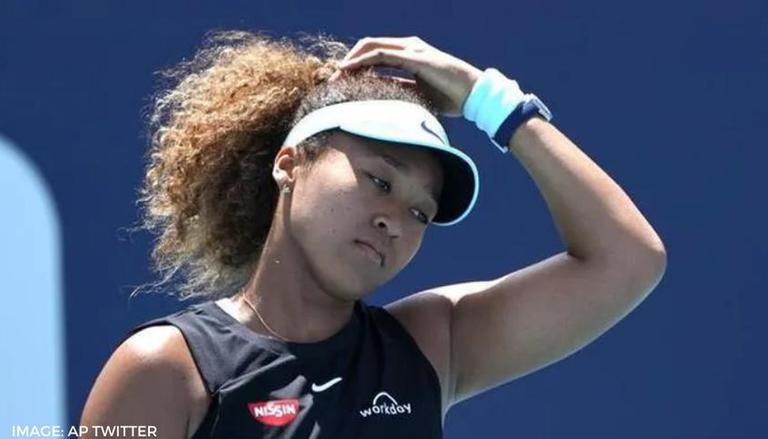 
Naomi Osaka, a tennis player, raised a sensation at the French Open by missing a news conference and quitting from the tournament to focus on her mental health, sparking a debate over professional athletes' high levels of stress. App for meditation Calm is standing behind her and any other tennis professionals who might be interested in doing the same. The corporation announced on Wednesday that it had contributed $15,000 to the Laureus youth sports charity in France and that it will cover the fee of any Grand Slam tennis player who declines a public appearance owing to mental health issues. It will also provide $15,000 to Laureus in addition to matching the $15,000 donation.

But this is bigger than any individual player.

Calm will also pay the fine for players opting out of 2021 Grand Slam media appearances for mental health reasons, and we will match the fine with a $15,000 donation to @LaureusSport.#MentalHealthIsHealth 🧠

After skipping a post-game news briefing following her first-round victory at the French Open, Osaka, the world's second-ranked female tennis star, was fined $15,000 and faced with expulsion. She said in a release on Monday that she has been dealing with depression and opted to postpone the press conference "to practise self-care." She also declared that she was withdrawing from the tournament in order to focus on her health. The news of Osaka's departure has reignited debate about professional athletes' mental health. There has been an avalanche of solidarity for the tennis superstar from across the sports scene, despite some fan and media hostility.

One of the very few times I’ve seen a corporation take a stand on an issue and do more than make a statement. Very cool!

Come on Calm!!! This is so beautiful and significant! Thank you for taking a stand in a significant way, this is everything. To be heard,supported and empowered irrespective of age,ocuppation and expectations!
Mental health matters,mental health is health.

Wow that's excellent, and pray that anyone that has any type of mental health issues please get the help that they're offering

this is great t see! A corporation/company finally doing something right instead of trying too hard

An absolutely commendable initiative. Take a bow Team Calm. 👏 Perhaps we can also think of having more initiatives to support player #MentalHealth right from the grassroots as well?

Twitter was divided between people who were in support of athlete’s mental health and others saying that mental health was being used as a cop-out. One person wrote, “I'm close to tears. Not only are you standing in the gap for someone going through a valley during their mental health journey, but you are also standing up for a black woman.  Seldom do we get support or are we allowed 2 be vulnerable, in public spaces w/o ridicule. MUCH RESPECT”.

I don’t think it counts as “opting out” when you renege on a legal contract. Can I opt out of paying my rent?

I certainly hope no one takes you up on this gimmicky offer; very misguided.

Business is business....Don't expect to be paid if you can't fulfill the obligation. If you're not in the right mental space, take the necessary time off to address your mental needs. Then come roaring back and compete at the highest level.

Avoiding questions on her performances on clay is barely a mental health issue. And these players are already having loads of money anyway

There’re far more worthy & deserving causes than paying the $15000 fine of multimillionaires who refuse to attend their mandatory press conferences because they lost a tennis match...

On the other hand, others were not happy with the Calm App. “Business is business...Don't expect to be paid if you can't fulfil the obligation.  If you're not in the right mental space, take the necessary time off to address your mental needs.  Then come roaring back and compete at the highest level”. Owing to the controversial nature of the news and how it has divided the people it has gone on to become viral news.