CCTV footage show toilet paper hysteria was getting out of hand, shoppers could be seen going berserk in an attempt to grab as many toilet papers as they could.

A video of the Australian customers stampeding into the Aldi store and fighting over toilet paper rolls in Sydney has shocked the internet users. The CCTV footage, which has been filmed at a store located in the western Sydney suburb of Guildford shows desperate buyers snatching and pushing each other to grab a shipment of the item.

The video was shared on Facebook by a page that captioned it saying that the ''toilet paper hysteria was getting out of hand''. The shoppers could be seen going berserk in an attempt to grab as many toilet papers as they could. They can be seen emptying the aisle of the supermarket clean despite a rule in place that limits the customer to buy more than four rolls per head. In the video, it can be seen that people were not adhering to the store’s policies. The supermarket also reportedly scrapped a campaign to put toilet paper on a special buy list in view of a mass rampage at the loo paper racks.

The store released a statement in the regard saying that due to unexpected demand on certain products over the past week, the Emporia toilet paper and Handle Ultra paper towel Special Buys were made available in stores earlier than the intended on-sale date. As a result, the Special Buys will only be available in limited Aldi stores. ''We apologize for any inconvenience caused'', it read.

The internet users were shocked at the savage behaviour of the customers at the Aldi store. “Look at yourselves! It’s toilet paper. What is it going to do for you? How does it protect you?? Just think about it for a minute, logically. Are you all building extra rooms to store it? I’m more scared of people’s stupidity and sheep behaviour than of any virus’, wrote one annoyed user. “Seriously this can’t be happening”, wrote another. The video has been shared 2.8k times and has over 2k comments so far. 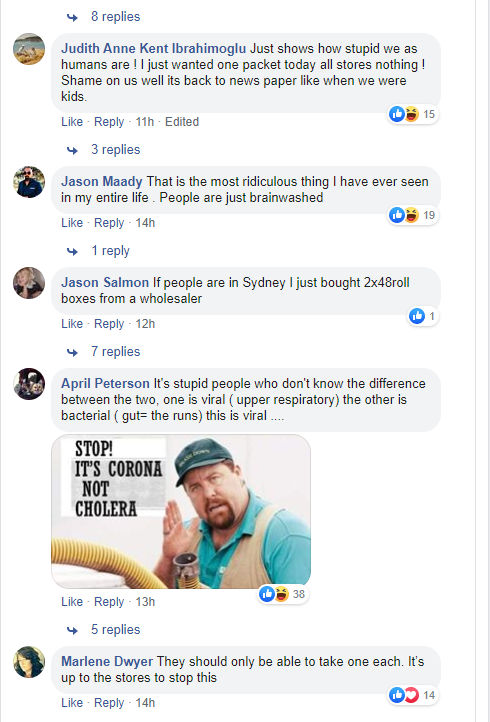 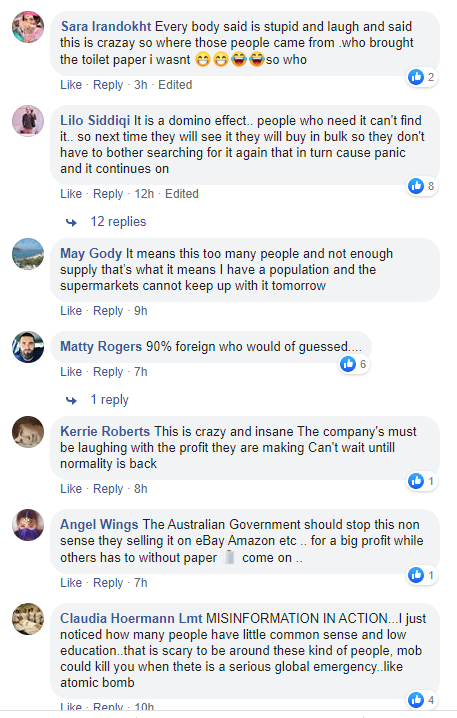