China: Man Reunited With Son Who Was Abducted 24 Years Ago, Watch Emotional Video

A Chinese man has been reunited with his son after 24 years. Guo Gangtang's son was abducted by human traffickers outside his house in Shandong province. 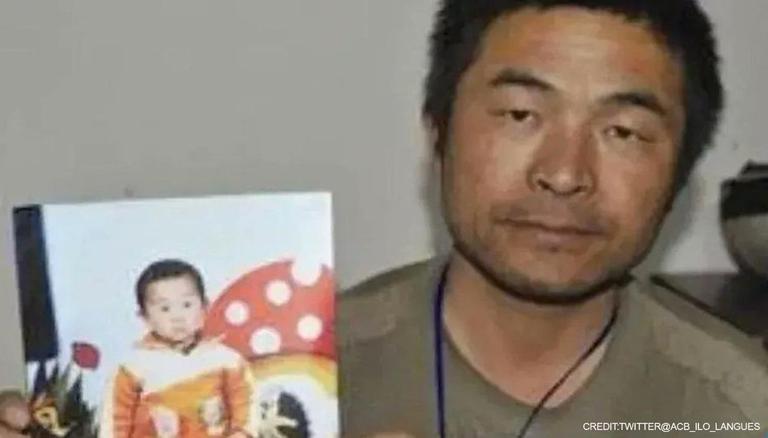 
A Chinese man has been reunited with his son after 24 years. Guo Gangtang's son was abducted by human traffickers outside his house in Shandong province when he was just two years old in 1997, as per a report by Global Times. After the abduction, Guo spent 24 years searching for his son, travelling more than 5 lakh kilometres across the country on his motorbike.

Guo Gangtang put up two banners on his bike showing a photo of his son, Guo Xinzhen. According to China's Ministry of Public Security, the police were able to trace Guo Xinzhen using DNA testing. Two suspects were later tracked down and arrested, reported Global Times. The video shared on YouTube shows Guo and his wife crying and hugging their son Guo Xinzhen when the family was finally reunited. Since shared, the video has garnered 64,891 views and several reactions from netizens.

Guo Xinzhen was kidnapped while playing alone outside his home in 1997 by a woman identified by the police with her surname Tang. She and her boyfriend identified by surname Hu then immediately took the boy by a coach to a nearby Henan province. where they sold him, reported South China Morning Post. Hu,was in jail in Shanxi for another crime when the police identified him as the suspect in the abduction, while Tang was apprehended last month. Over the past 24 years, Guo has been searching for his son on his motorbike. He also set up a website to help people in finding their lost children. With the help of these clues, the police have found over 100 abducted children. The story about the abduction of Guo Xinzhen was adapted into a movie that starred Hong Kong actor Andy Lau.