Coronavirus: Son & Dad Talking On Phone On Either Side Of Lockdown Window Breaks Hearts

The son was only allowed to speak over the phone with his father as the assisted living had movement restriction activated due to ongoing coronavirus crisis.

A heartbreaking picture of an elderly man and his son talking to each other on phone through a window has gone viral on social media. It was shared online by a user named Sandy Hamilton, who was employed at an assisted living facility called Whispering Pines Assisted Living in Minnesota.

Sandy wrote in the caption that the father had been isolated due to the mandatory lockdown orders issued to curb the Coronavirus spread. So, therefore, the son was only allowed to speak over the phone as the assisted living had movement restrictions activated. Also, the elderly were imposed with tougher containment measures as they posed a greater risk for contracting the novel pathogen.

The son was given consent by the authorities to capture the photograph and use it as intended. The picture triggered an emotional response from the internet users who shared it over 864k times. Users posted sentimental comments underneath, some were even teary-eyed, they said. It could be gathered from the post that the son routinely checked upon his father and had to converse from outside the window.

The internet appreciated the son's mindfulness and concern towards his father in ensuring his health safety. "I do understand. My mom is in an LTAC right now and 1 person is still allowed at this time so I go see her every day to keep her from feeling alone," wrote a user who related to the situation. "They are allowing me to take a treat and note each day and they deliver to my mom, then I go to the window and hold up signs," wrote another. "We are on the same in Minneapolis and everyone has to eat in their apartment to boot. Pretty depressing times for them", wrote a third. 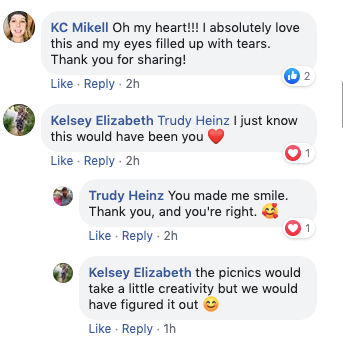 The picture was also shared on Reddit and has over 150,000 upvotes and more than 1,100 comments. A user commented, “I’m playing online poker against my retired dad. Learning so much about him, including that he has gotten WAY BETTER AT ONLINE POKER since retiring”, which was upvoted 7,300  times. “Got my dad an Xbox yesterday. Can’t wait to play some NBA2K and Modern Warfare with him later”, wrote another user.