Amid the COVID-19 pandemic, rapper Juvenile has adapted his 1999 hit song ‘Back That Thang Up’ into a pro-vaccine anthem called 'Vax That Thang Up'. 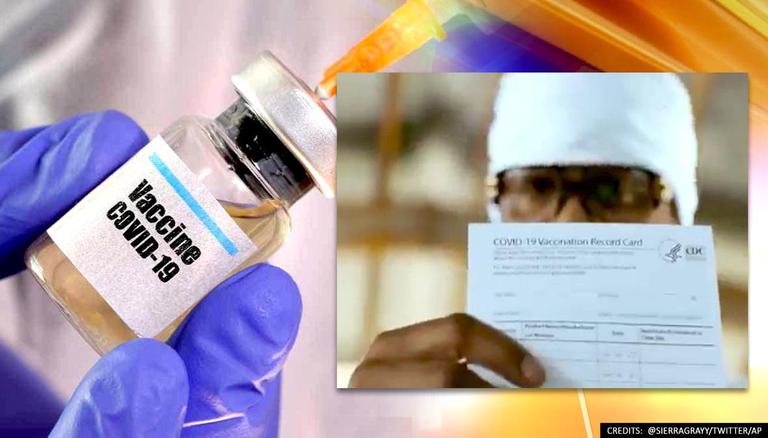 
The New Orleans rapper Juvenile has adapted his 1999 hit song ‘Back That Thang Up’ into a pro-vaccine anthem called 'Vax That Thang Up' that was released on July 7. The YouTube channel for BLK, a dating app created for Black singles, released the video as part of a promotional partnership with rap legends Juvenile, Mannie Fresh, and "the mother of southern gangster rap" Mia X, according to the caption. While the original music from ‘Back That Thang Up’ remains mostly intact, the song features catchy new lyrics with a jab of social responsibility mixed in with romantic ambitions.

In the song’s second verse, Mannie Fresh also adds: “Girl, you can be the queen, aftеr quarantine / We can meet up at the spot and we can do the thing,” while Mia X counsels the ladies: “If you wanna get sticky and hot / Go, go, go, go get the shot”.

Since being shared, the video has garnered over 2.8 million views on YouTube, unofficially becoming the vaccine anthem. While speaking to Rolling Stones, Juvenile had said that he adapted the song because he wanted to do something positive for the Black community and stand in the front in a bid to show that he is willing to sacrifice his life not just for himself but also for his family. “We don’t know what we’re facing right now but we really do all need to be vaccinated so we can continue to do our thing and survive,” Juvenile had said.

'Vax That Thang Up made me so happy'

Meanwhile, the video has been trending on social media, with reactions of almost universal praise. “I got the vaccine the day after I heard vax that thang up,” said one user on Twitter. “Vax That Thang Up made me so happy,” wrote second. One user even added, “Vax that thang up is insane lmfao”.

Not gonna lie, this made my day lol

Juvenile - Vax That Thang Up pic.twitter.com/wpbGfq5H2L

When “Vax that thang up” come on, I’m goin crazy pic.twitter.com/d6xthf5RQR

Me fully vaccinated in the club when ‘Vax that thang up’ comes on pic.twitter.com/fEFbcf90v3

Feeling freaky all night, ya need to Vax that thang up pic.twitter.com/sv5LCUwcc4

When “Vax That Thang Up” come on pic.twitter.com/6ohPpgLRLq

Juvenile told me to vax that thang up, and guess what i did today. pic.twitter.com/2ziPAOHHxD

It is worth mentioning that Black adults younger than 40, according to the US census bureau, are the most likely group in the country to resist vaccination. Among the likely reasons for the community’s hesitation are widespread distrust of government, and specifically government medicine. According to US CDC, race and ethnicity play a part in health risks from COVID-19. The health agency said that Black Americans are two times more likely to die from Covid than white Americans, and almost three times as likely to require hospitalization.

READ | Pfizer to discuss vaccine booster with US officials Monday