Uploaded on Instagram by filmmaker Shirish Kunder, the dance video features a couple where the woman has worn the wrong dress. Watch viral video.

In a stunning video which has surfaced on the internet, a woman’s swift dress change has left the netizens completely amazed. Uploaded on Instagram by filmmaker Shirish Kunder, the dance video features a couple where the woman has worn the wrong dress. However, the way she slides into the right dress has left the netizens awestruck. The video has now gone viral on social media, with people sharing it all across the platform.

The video begins with the couple entering the stage. “She’s got the wrong dress on”, flashes the text on screen. Further into the video, the man offers his hand to the woman and both of them begin the dancing. “Look closely”, says the text on the screen as the couple begins the performance. As the woman twists and twirls and takes a complete round, her dress changes into black and golden. She stands on the stage posing stunningly, while her partner is left in absolute shock. Let’s have a look at the video.

While few people have understood the mystery behind the dress change, others are still confused. Stunned by the video, netizens took over the comment section. One Instagram user wrote, "Oh I had to watch this multiple times...I think I figured it out...but I won’t spoil it for others so it’s for me to know". To this, a person replied, "she unhooked it from the shoulder. Notice the dress got longer. And the blue can be seen underneath. So it was just extra fabric folded". Netizens can be seen leaving various emojis in the comment section. The video has managed to gather over 1.3K likes. Let's have a look at the comments. 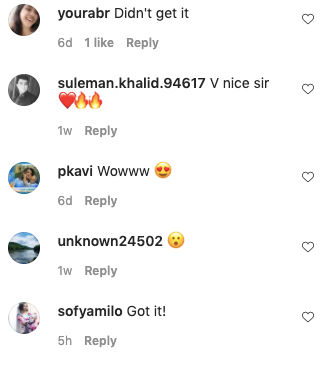