Instagram's popular 'dancing dadi' is back with some new moves, and this time she has partnered with her granddaughter. The 63-year-old, Ravi Bala Sharma was seen clad in traditional attire salwar suit, as she perfects her groovy moves on Ae Dil Hai Mushkil's hit song 'Cutie Pie'. The highly energetic duo is seen matching the same steps of the original video song that featured  Anushka Sharma, Fawad Khan, and Ranbir Khan.

Sharing the video from her own Instagram account, Sharma wrote, "Dancing with my cutie pie granddaughter, Myra". Sharma's dance with Myra left everyone impressed on the internet. Since being shared, the groovy clip has garnered thousands of views, likes and comments. Netizens appreciated her dance and energy, some even dropped a heart emoticon, while some chose to express their view on the dance. One person who came across the video wrote, "Awwww my 2 cutie pie together," a second person said, "Both are cutie pie". "Awe-freak in-some!" wrote a third person. 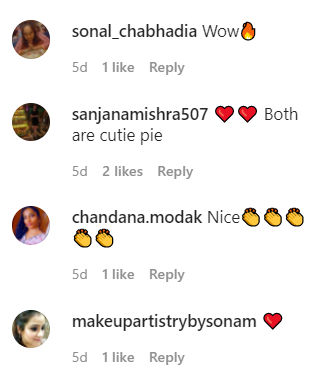 Earlier, Sharma had garbed the attention of many on the internet for her dance on the Koi Ladka Hai song from the movie Dil To Pagal Hai. She was seen wearing a pink-coloured Indian suit, matching the same steps as in the original song. The dance video became a social media hit. The clip gained massive views and floods of comments. The 63-year-old dancer with every groovy video proves that age is just a number for her.

READ | ‘Even if you are 70 and I am alive, call me': Sidharth Shukla to Shehnaaz in viral video