Neuralink, Tesla and SpaceX founder Elon Musk took an opportunity as a host at the Saturday Night Live SNL to finally reveal his son's name pronunciation. 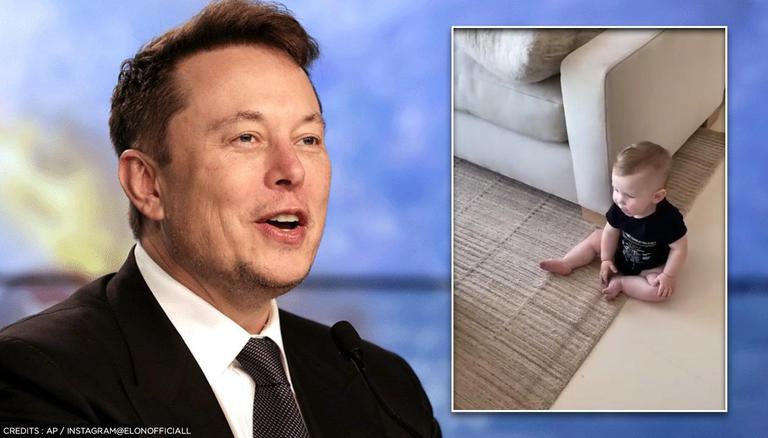 
Elon Musk’s baby’s name ‘X Æ A-12’  has been one of the most talked about, and on Sunday the SpaceX and Tesla CEO deciphered the pronunciation of his son’s name that he and his musician girlfriend Claire “Grimes” have together. “How on Earth do you pronounce "X Æ A-12?” The internet had asked after the billionaire entrepreneur revealed his newborn’s name for the first time in May 2020. Shortly, appearing on the cover star of the Italian edition of Vogue, his better half Grimes told fans that their son’s name was pronounced as ‘X AI’. "It’s just X, like the letter X. Then A.I. Like how you said the letter A then I," she wrote to the curious fans in the comments section of the magazine cover post.

Lately, however, the Neuralink founder Musk took an opportunity as a host at the Saturday Night Live SNL to finally reveal to his fans how the often called complex name of his son should actually be pronounced. During his traditional opening monologue on the stage of  NBC's New York studio 8, the 49-year-old Tesla CEO said that his son's name, "X Æ A-12” is pronounced as ‘cat running across keyboard’. Grimes gave birth to their son X Æ A-Xii on May 4, 2020, and ever since Musk has brought the subject about their son's name pronunciation with the excited and curious fans. "SNL’ is also a great way to learn something new about the host," Musk told the live studio audience. "For example, this is my son’s name," he continued, as roars, cheers and claps filled the studio.

Did Elon name the baby?

In an interview with podcaster Joe Rogan last year in May, Tesla boss said that it was actually his partner that named the baby. “First of all, my partner is the one that, actually, mostly, came up with the name,” the 48-year-old began, adding: “Yeah, she’s great at names." Musk continued, "I mean it's just X, the letter X, and then the AE is like pronounced 'ash'... yeah... and then A-12 is my contribution." When asked why he chose A-12, the SpaceX boss explained that it is in honour of the plane the Archangel 12, the precursor to the SR-71, which he described as "one of the greatest ever." Phonetically, therefore he said the name is something like: "X-ash-A-twelve."