On the Internet, a guy from China is causing a stir because of his uncanny resemblance with the American businessman and Tesla owner Elon Musk. 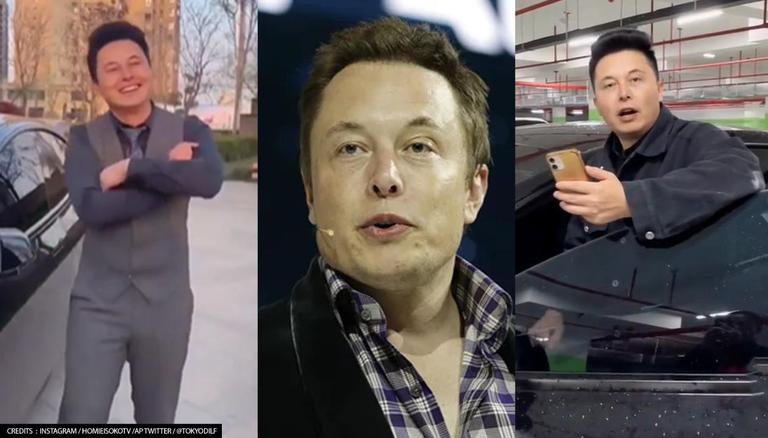 
Chinese Elon Musk — a man from China is trending all over the internet for his uncanny resemblance with the American billionaire-entrepreneur Elon Musk. In the video, Tesla Chief's Doppelganger can be seen standing beside a car donning a waistcoat and black shirt with a tie and greeting hello. Internet users across the world have identified the man as Yilong Ma.

The video which was posted by the user identifying himself as @homiesokotv on the Instagram platform has so far gained over a million likes on the platform. Surprising comments from readers have filled the post's comments section. They were shocked by how closely Elon Musk's features matched that of the Chinese man. One of the users wrote, "He looks identical to Elon Musk. Can we swap them out?"

After surfing the internet it was noticed that there are multiple videos of the same man and that he is quite famous on the internet owing to his appearance. A user identifying as @TokyoDilf on Twitter sharing a video of the same man claimed that he has 'found' the 'Chinese Elon Musk.' Reacting to the very video one of the users wrote, "this is adorable" to which the person who posted the video replied, "Nothing but love for Chinese Elon Musk."

In yet another video, a user shared the same man who has an uncanny resemblance with the Tesla owner. Tagging Elon Musk the user on Twitter joked, "In its latest effort to cut costs ahead of a looming recession, Tesla has replaced CEO @elonmusk with Yi Long Ma, a Chinese knockoff Elon Musk." Under the video, one of the users claimed that Real Elon Musk had promised to meet his doppelganger from China. The user wrote, "I recall Elon saying he would like to meet Yi Long Ma. Wondering if that happened yet?" replying to which another user stated, "Someones gotta buy Yi Long a ticket to Texas," so that the doppelganger and the Real Musk can be together.

In its latest effort to cut costs ahead of a looming recession, Tesla has replaced CEO @elonmusk with Yi Long Ma, a Chinese knockoff Elon Musk. https://t.co/emtabvDUKZ pic.twitter.com/qM3PQln3wU

Elon Musk's Tesla, which made headlines last year when it announced a sizable investment in Bitcoin, has now sold off the majority of its assets. Tesla sold 75% of its Bitcoin, which was valued at roughly $2 billion (£1.7 billion) by the end of 2021, according to its complete Q2 2022 financial report. Since Bitcoin's value has fallen by almost 50% this year, Musk's business decision is to pull back from the cryptocurrency.

READ | Tesla's Robotaxi will be a combination of Uber and Airbnb, says Elon Musk ahead of AI Day

Additionally, the billionaire commented on the cryptocurrency selloff on an investor call, saying that it "should not be taken as some verdict on Bitcoin." He stated that the reason for his company’s move was because it was “concerned about overall liquidity of the company given COVID shutdowns in China”. Tesla CEO said, “We have not sold any of our Dogecoin” and later termed cryptocurrency “a sideshow to the sideshow”. It has been reported that Tesla’s move reflects the company’s dire need for cash.