A 12-foot snake that escaped its enclosure at the Blue Zoo Aquarium in the Mall of Louisiana was discovered after two days of the search. 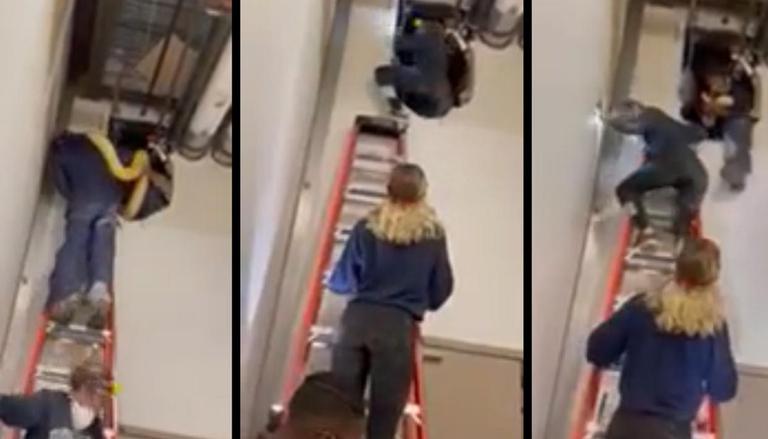 
A 12-foot snake that escaped its enclosure at the Blue Zoo Aquarium in the Mall of Louisiana was discovered two days later after searches were launched. Cara, a 12-foot python, escaped from her enclosure Monday night which forced the zoo to close for two days while staff searched for Cara.

The Blue Zoo is a new interactive aquarium at Louisiana's Mall of Louisiana. The zoo dispatched an expert, and officials spent Tuesday evening searching for the python in vain. The zoo was closed again on Wednesday while the search for the missing python continued.

The snake was found on Thursday morning

Cara was finally apprehended in the early hours of Thursday morning. According to Ronda Swanson, chief advertising and marketing officer for the Blue Zoo Aquarium, the snake was spotted "inside the wall, ceiling space." Cara appeared to have discovered her way into a little crawl space within the mall.

The zoo shared the good news on social media alongside a video that shows Cara being plucked from the wall. The python was found safe and healthy, the zoo said in its Facebook post, also posting a video with it.

Cara is shown being carried out of a massive hole carved high into a wall by a worker, who then steps down a ladder with the assistance of others. The post does not specify the location of this wall or Cara's hiding place.

Cara not a venomous snake

Victoria, the caretaker of Cara, an albino Burmese python, characterised it as a gentle and curious creature. Victoria informed that she learned about the python's discovery at 3.45 a.m. She further added, "I don't think I've ever driven so fast to get back to Blue Zoo. I'd simply fled whenever they'd discovered her. It was a short turnaround, and I was back in the zoo before anyone noticed what had happened."

"While we’ve created a very secure home for Cara, our Burmese Python, she has slithered out of her exhibit,” the Blue Zoo stated after it escaped. “Cara is a non-poisonous, friendly snake that enjoys her time interacting with guests during our Snake Education Shows.”

Pythons suffocate their victims by slowly squeezing them to death before devouring them. Her handlers characterised Cara as "extremely lovely."