Joining the league is a dad who reportedly created a fun arcade-style grabber game for his daughter using only a kitchen bin and a bathtub.

Amid lockdown, parents across the world are trying out innovative ideas to keep their children entertained. Not only are they helping them with ‘home assignments' but are also devising various games as its been over two months since schools and playgrounds closed in the majority of nations. Joining the league is a dad who reportedly created a fun arcade-style grabber game for his daughter using only a kitchen bin and a bathtub.

The grabber game for daughters

Bradley O' Brien took to video-sharing platform TikTok to post a clip wherein he could be seen lowering his daughter Paris, in a bathtub full of toys while his other daughter Lacey controls the “grabber” by a joystick. The clip has captured everybody's attention garnering over 1.3 million views since shared.

The "funny" post has also been flooded with comments and netizen's review of the game. One of the users wrote, "very funny tried it with son but he dropped me on my head"  while another wrote, " Oh my god!!! This is amazing! I’m totally trying this later!". Yet another comment read, if I had false teeth then they would if flew out. nearly choked laughing" 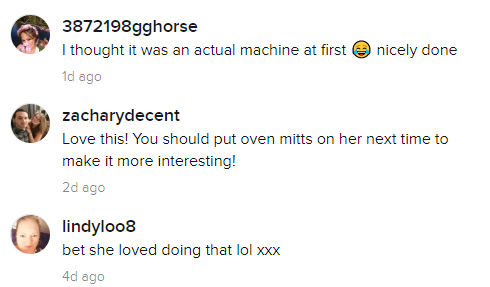 In a similar incident, a father was seen joyfully dancing along with his infant child. In a video that was posted on social media,  the father is singing a song in soft pitched voice and dances along. The baby in the changing table is also waddling and wiggling along with the dad. However, the moment that caught everyone’s attention is when the father says stop, the baby as well, stops. The father-baby duo continues doing this for a couple of times.

Every time the father says stop, the baby stops, which is amusing to many of the followers. However, one thing that was unique about the video is the text on it which reads, “Normal black father things, a picture that media does not paint. ”The video was shared by a user named Stance. He is a human rights activist and sheds light on many important issues. Stance wrote that the unique video is of many black fathers or African-American origin fathers who equally love their children.