A giant white fibreglass sculpture has appeared in the shape of a drone on the High Line Plinth in New York. The sculpture has been created by Sam Durant. 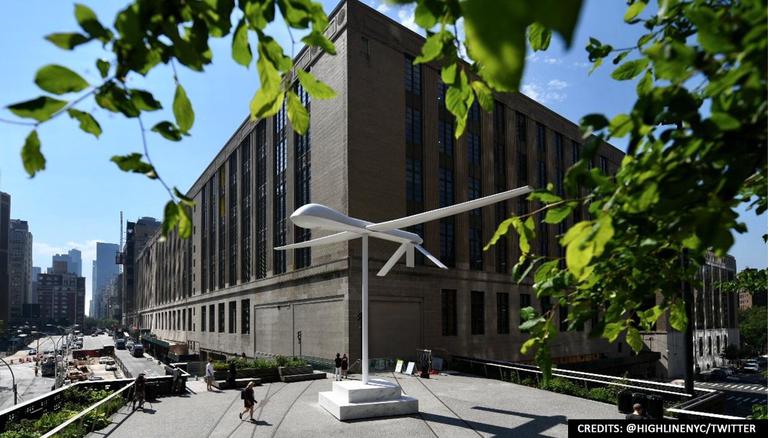 Giant sculpture on the High Line Plinth in Manhattan

The sculpture has been created from white fibreglass and it hovers above 10th Avenue on High Line Plinth in New York. It reportedly rotates on its steel pole as directed by the wind. The sculpture is commissioned by High Line which presents powerful and thought-provoking artworks, according to the High Line statement. Durant calls the giant sculpture Untitled (drone). Untitled (drone) is the second High Line Plinth commission, following Simone Leigh’s Brick House which has been displayed since 2019.

The artwork will be on view through August 2022: https://t.co/oUuvcpCDEk

Durant with this art wants to make visible the intentionally obscured drone warfare perpetuated by the US and to remind the people that drones and surveillance are tragic for the daily lives of people living in the US and outside the country, according to the High Line statement. But Durant while portraying drones as a symbol of war and unfair surveillance also acknowledges their importance. Durant mentioned the contribution of drones for humanitarian purposes, such as delivering supplies and medicine to isolated locations, surveying minefields, and taming wildfires that have ravaged landscapes.