A viral video from Ahmedabad, Gujarat, shows a street vendor cooking an "Oreo Pakoda", which the netizens do not like. Watch the video here - 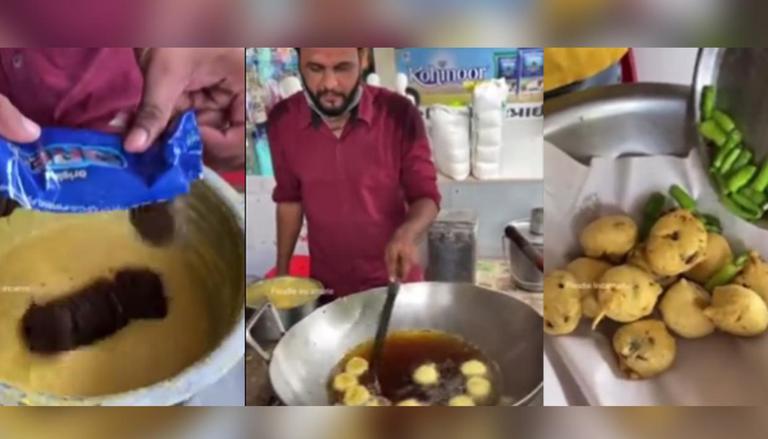 
Weird recipes can be found on the internet. People try a lot of fusion recipes these days and upload videos on the internet to garner attention. Sometimes it works out because netizens adore the recipe, but other times it doesn't and the person receives a lot of criticism for "ruining" the food, which is exactly what happened in this latest viral video. The video from Ahmedabad, Gujarat, shows a street vendor cooking an "Oreo Pakoda," which the netizens do not like.

The video was shared on Twitter by a Twitter user named Raman with the caption, "Oreo ke pakode from Ahmedabad, Gujarat." The video starts with the food vlogger, who is filming the video saying, "Let's try Oreo Pakoda", as the vendor shows a packet of Oreo biscuits. The vendor then opens the packet and pours the biscuits into the besan batter. He then one by one, puts the pieces into the cauldron filled with boiling oil. Meanwhile, the food vlogger expresses his amazement at seeing this but adds that he would surely taste it before passing judgment. He also inquires about the price of the Pakodas, which the vendor responds is Rs 30 for 100 gm. The Pakodas are served with green chilly after 5 minutes of frying. The vlogger then shows the Pakodas to the camera and tastes them.

Netizens were not pleased by the video

The video was shared yesterday on November 6th and since then it has gone viral and has received more than 2 lakh views and approx 3 thousand likes. 763 users have retweeted the video. It also invited a huge number of comments from the people who were not impressed by the recipe. One Twitter user wrote, "Ahmedabad ki kaun si jagah ye milta hai jo Hume nhi pta." Another person commented, "Stop bringing this on my timeline again and again. Please. Nahi dekha jaata hai ab."

The third comment read, "Look I would've still been fine only with the pakodas but I lost it when they added chillis and sauce on the side"

Another controversial dish from Gujarat

In another video, which came from Gujarat, a street vendor was seen making chat with Mango and Ice cream, which also received a lot of criticism on the internet. The video was shared by Street Food Recipes on September 11th.