A first edition copy of a Harry Potter novel that was bought for £1 pound at a school fete is now being sold at a whopping price of £30,000.


A Harry Potter novel that was bought for £1 pound at a school fete is now being sold at a whopping price of £30,000. The rare first edition copy of Harry Potter and the Sorcerer's Stone was purchased by a primary school teacher as a legacy to her daughters. However, 15 years after she passed away, it is now being auctioned by her four daughters.

As per a report by Birmingham Mail, only 500 copies of the 1st edition were printed. And the book, being one of them, is expected to fetch a high bid amongst the Potterheads. The bidding for the same would commence later on May 5 at Hansons Auctioneers in Staffordshire.

READ | Did You Know Harry Potter's Hagrid has done a movie with Aishwarya Rai Bachchan?

"A mother’s love lasts forever and this unexpected gift for her daughters seems heaven-sent," the auctioneers said.

Speaking to the British tabloid later, the woman's 31-year-old eldest daughter, who does not wish to be named, said the book had been gathering dust on a shelf since their mother died 16 years ago. She further said that all the money that they will get from selling books would be evenly split between the four readers as a part of their “lovely mum's legacy."

READ | 'Harry Potter' stunt double on falling off from 50-feet and other stunts, calls it 'crazy' 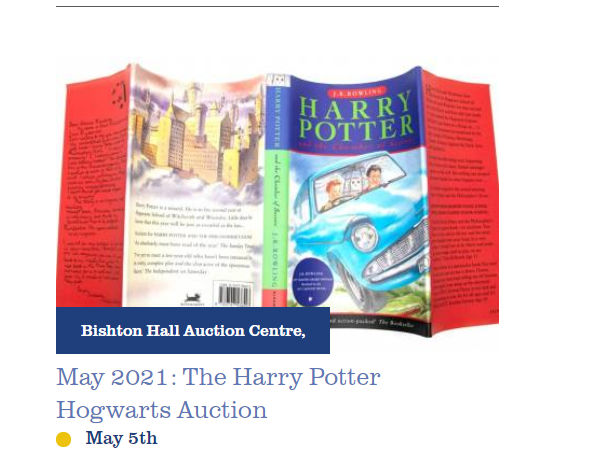 This incident comes just weeks after a retired British expat from Luxembourg found that a Harry Potter book that he had bought in the year 1999 could earn him Lakhs at an auction. Similar to the late school teacher's case, the rare Harry Potter book turned out to be the first edition copy of Harry Potter and the Philosopher's Stone of which only 500 copies were printed. The British expat had this copy to himself for more than 20 years.

According to the reports by hansonsauctioneers.co.uk, the book will be a part of the auction and is estimated to be worth 20,000 to 30,000 pounds. The auction is going to be held at the Bishton Hall Auction Centre and people will be allowed to enter only on an appointment basis. Hansons' book expert Jim Spencer in a news release by the auction house said, “True first issues are seriously scarce”.