'I Could Have Gotten This For Rs 150': Indian Mom Roasts 35k Gucci Belt, Video Goes Viral

The mother seemed unimpressed with the Gucci belt which she compared to the belt worn by students of Delhi Public School (DPS), Ranchi. 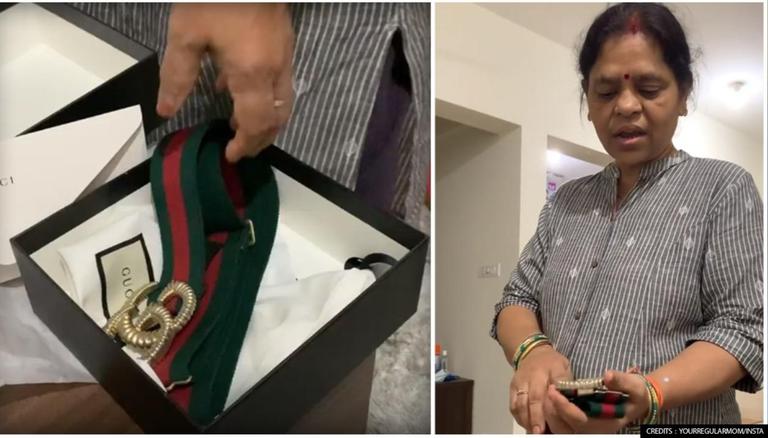 
Have you ever purchased something expensive only for it to be roasted by your parents? If yes, then the video of a girl showing her Rs 35,000 belt to her mom would leave you in splits. An Instagrammer Chabi Gupta posted a video on the social networking site on Sunday unboxing a Gucci belt and showing it to her mom Anita Gupta.

Initially, the mother seemed unimpressed with the luxury belt which she compared to the belt worn by students of Delhi Public School (DPS), Ranchi, however, when she heard the price of the belt, her reaction was even more hilarious. After Chabi revealed that the belt cost Rs 35,000, shock was ridden all over her face.

"Doesn't this look like the DPS belt? How much is it for?" the mom asked.

"It's a little expensive, Rs 35,000," Chabi said after which the mother questioned whether she was dreaming.

Unable to accept the exorbitant cost of the Gucci belt, Anita Gupta did what all parents do, argue over how much cheaper the item could have been brought otherwise. "What is special about this? This is just like DPS Ranchi belt with embellishments. I could have gotten it for RS 150. You are absolutely crazy. You want money and want to waste it," the mother said leaving Chabi and the rest of the family laughing.

Watch the video below

Since it was uploaded, the video has garnered more than 80,000 views with several netizens finding the mother's reaction relatable and hilarious. 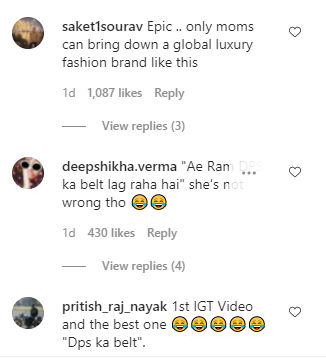 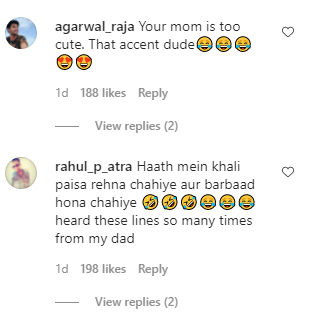 WE RECOMMEND
'My mom will make it for Rs 100': Netizens react to Gucci selling Rs 2.55-lakh 'kurta'
Salma Hayek compliments Lady Gaga's commitment on the sets of 'House of Gucci'
Lady Gaga flaunts her tattoo on coffee run in LA after wrapping up 'House of Gucci'
Ryan Seacrest's link-up rumours confirmed as he is spotted in New York with Aubrey
Did You Know Lady Gaga worked as a waitress for her after-school job?