'I Wonder How': Huge Piece Of Ice Falls On Roof Of Florida House, Netizens Baffled

A house owner in Florida was startled after a huge piece of ice fell through their home's roof. The bizarre incident was shared by the police on Facebook. 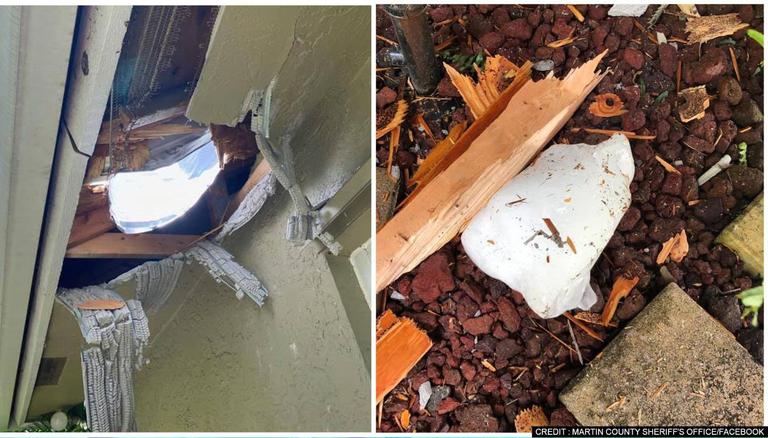 
A resident in Florida was shocked after a large piece of ice fell through their home's roof on May 19. The bizarre incident has been shared by Martin County Sheriff's Office on Facebook along with the pictures of the ice that fell on the house. The photos show a hole in the roof that was caused by a chunk of ice. People perplexed with the incident took to the comments section to express their opinion.

The post shared by Martin County Sheriff's Office mentions that a house owner in the Danforth community in Palm City was startled after a heavy chunk of ice fell through their roof. The piece of ice caused a large hole in their roof and later fell on the ground. Police further said that no one was injured in the incident and there were no other reports of damage. There was no explanation of where the fallen ice came from. Take a look at the post.

Since being shared on Facebook, the post has got more than 2000 shares and hundreds of reactions from netizens. Some of the users joked about the whole incident while others were surprised with the incident. One user commented, "Mask up people. This could happen to you." Another user commented, "Had to come from space think it would melted pending size of could of big as and asteroid." Another individual wrote, "Aliens firing ice bombs from outer space would be the only reasonable explanation." Check out some user reactions. 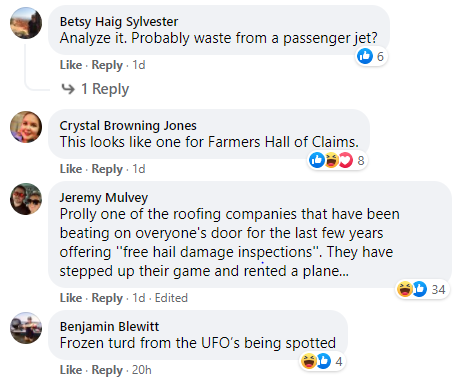 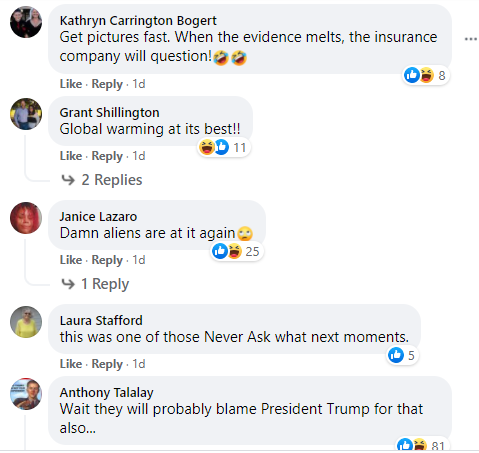 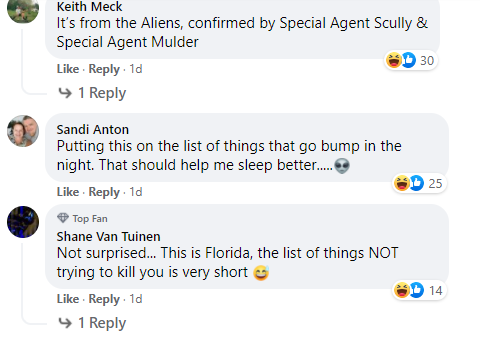 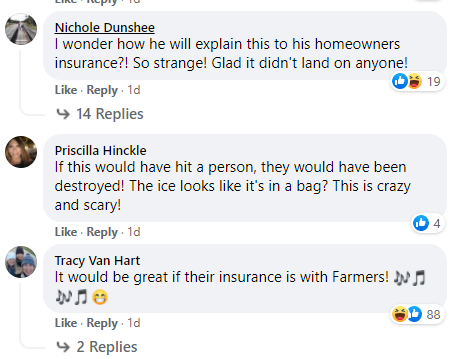 Meanwhile, a video shared by Texas Parks and Wildlife on Facebook shows an uncanny sea creature moving on the palm of a person. Uploaded first, the authorities and netizens were completely unaware about what the slimy blob like creature is. However, later, the official Facebook handle of  Coastal Fisheries - Texas Parks and Wildlife confirmed that this is a sea hare that crawls by lifting the front end of the foot.

READ | Mysterious blob washes up on North Carolina Beach, netizens ask 'what is it?'
Sea Hare