US: The 139-year-old house in San Francisco belonged to Tim Brown, who had purchased the royal house back in the year 2013 for $2.6 million. 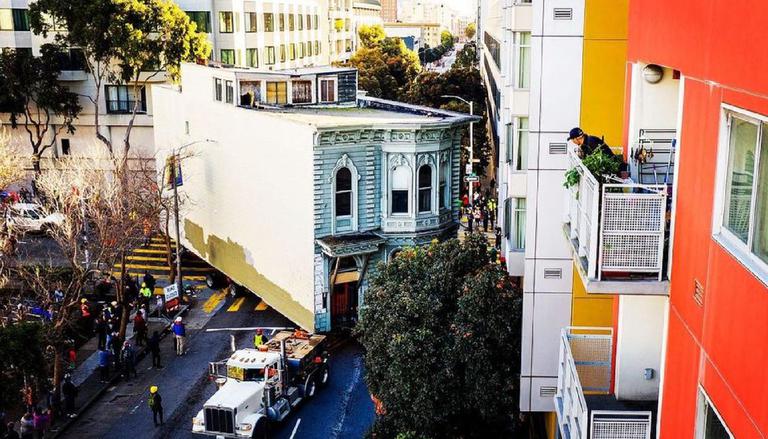 
A man brought the term "moving house" into reality after he decided to move his house to 807 Franklin Street. A 139-year-old two-storey house in San Francisco was literally moved to a new location a few blocks away from its original position. The Victorian house belonged to Tim Brown, who had purchased the royal house back in 2013 for $2.6 million.

Brown spent nearly $400,000 to just relocate the house. He planned the move so he could preserve the historic house while building its original plot into a 48-unit apartment building. The house, which is popularly known as Englander House, was built in 1882 and is over 5,170 square feet.

US: Man pays $400k to relocate his $2.6M Victorian House in San Francisco

The Victorian house was loaded onto dollies and transported at an average speed of 1 mile per hour for 0.06 miles (96.5 meters), from 807 Franklin Street to 635 Fulton Street. According to media reports, more than 500 people gathered at the site to watch the house make its slow journey downtown. During the transportation of the royal house, all the street lights, parking meters, and utility lines were removed to clear the way for the building. The entire procedure included 15 different permits from the local authorities acquired by the owner.

However, this is not the first time a house has been moved to another location in San Francisco. This place has a long history of houses being relocated with horses being used to tug them. According to the VT report, Englander House is the first to be moved in more than 50 years.