Indian Fan Gets Tattoo Of Mia Khalifa's Face On His Leg; Here Is What Happened Next. Read

In the 10-second video shared on social media, the Delhi-based tattoo artist showed his tattoo exhibiting the smiling face of Mia Khalifa. 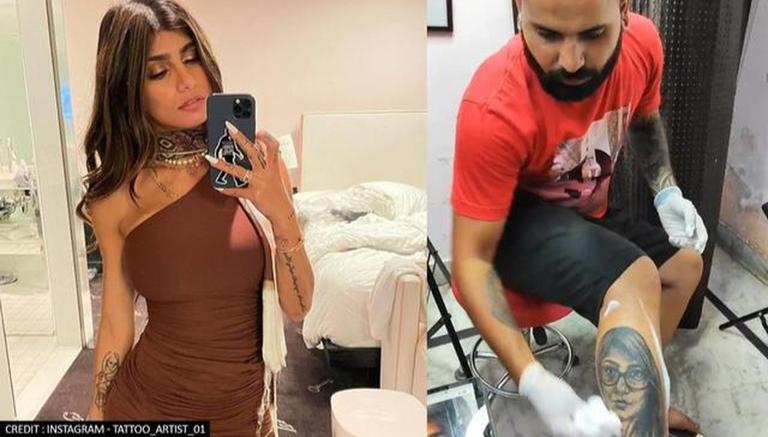 The video begins with the crazy fan showing Khalifa's photo on a tablet screen and he then wipes off the foam from the tattoo, revealing the face of the former pornstar. The tattoo shows Mia's smiling face with her signature glasses. As the video went viral on several social media platforms, Mia replied to the short clip made by her crazy fan. However, the tattoo artist didn't get the expected response. Irked by the post, Khalifa took to her Instagram stories to reshare the video and wrote: “Please say sike… This is… terrible,” along with an emoji, to express her displeasure.

Here is how Mia Khalifa reacted: 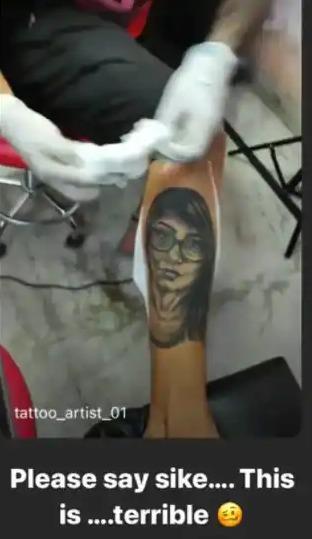 Despite not getting a favourable response, tattoo artist thanks Mia for sharing video

It is worth mentioning that the eyeglasses that the fan showcased in his tattoo was auctioned by Mia last year in order to support the victims of the Beirut explosion. She donated Rs 73 lakh that she had raised with the help of the auction, and this was not the only philanthropic work done by Khalifa. Earlier, the Mia had donated nearly Rs 1.17 crore, which she earned from her OnlyFans account, to organisations that she's closely associated with.