Upon winning Italy's Lo Zuccone (the pumpkin), Tuscan farmer Stefano Cutrupi said that he is very happy as he invested 14 years to beat Belgium for the title 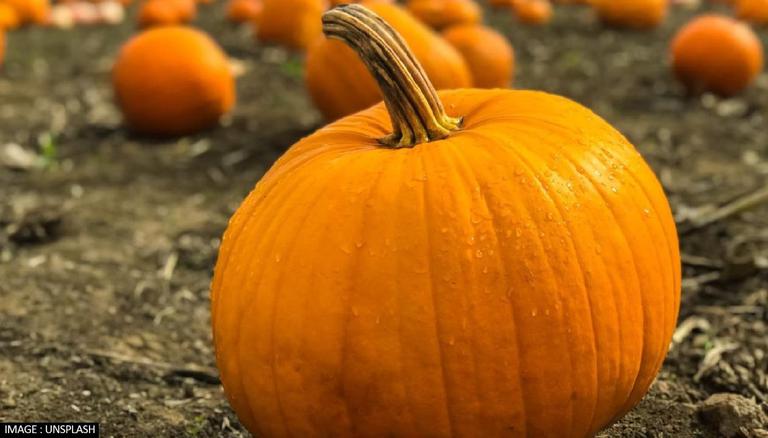 
In the world's largest pumpkin championship hosted by Belgium, Italian Stefano Cutrupi won the title on September 26 with his giant vegetable weighing around 1,226 kg. Upon winning Italy's Lo Zuccone (the pumpkin), the Tuscan farmer stated that he is very happy as he invested 14 years to beat Belgium. But, his win cannot be celebrated for long as Belgium is all set to bounce back to its monopoly of growing giant vegetables.

President of the Italian championship, Alessio Ribechini, said, "It is not easy to obtain such results. Some may see this as amusing but this can only be achieved with specific genetics, research, crossbreeding, and special agronomic techniques."

A Belgian from Kasterlee, Mario Vangeel stated that the title will be taken back in the world pumpkin championship of Germany scheduled on October 10 in Ludwigsburg. Vangeel is also growing a large pumpkin that currently weighs about 1020kg (2249 pounds). He thinks that the vegetable can plumpen up before the showdown.

Speaking of his efforts to win the championship, Vangeel said, "In March I planted the seed. Every day I give my pumpkin a little bit of water and also fertilizer. Everyone has their own secret recipe in the pumpkin world...When the championship is over, we hollow out the pumpkin. The seed we keep to sell because that will be worth something."

He also spoke on VRT radio to recommend the best way to cook a pumpkin: "You hollow out a small pumpkin. You mix its flesh with minced meat. You fill the hollowed-out pumpkin with that mixture again. Season well. Then cook in the oven for 15 to 20 minutes."

The CANNA UK National Giant Vegetables Championship is held every September in association with Westons Cider Mill at the Three Counties Showground in Malvern, Worcestershire, UK, Martyn Davis. In the championship, the weights of the vegetables are checked. On September 23, 2016, Joe Atherton (UK) had grown a carrot that was declared as the longest carrot, measuring 6.245 metres (20.5 feet).