Hundreds lauded the video of Indo-Tibetan Border Police officer, playing a heartwarming tune on mandolin & dedicating it to frontline workers of COVID-19 crisis 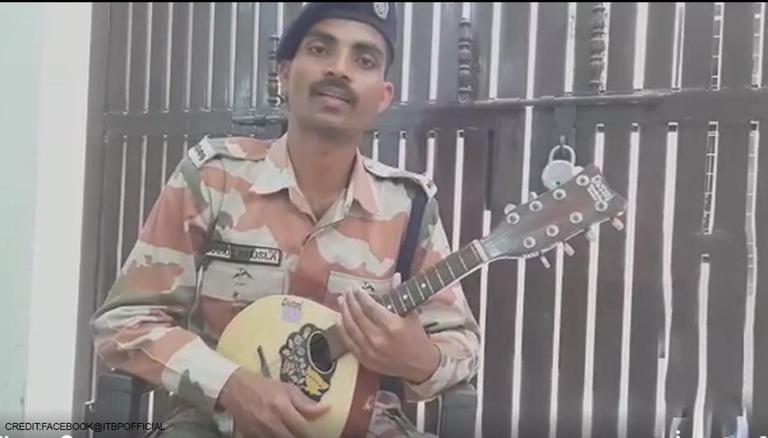 A viral video of an Indo-Tibetan Border Police (ITBP) officer playing a heartwarming tune on mandolin and dedicating it to the front line workers of the COVID-19 pandemic is winning hearts online. The video shared by the official Twitter handle of ITBP features Constable Rahul Khosla strumming a soothing tune for the COVID-19 warriors.

“Constable Rahul Khosla, ITBP presents the tune for Corona Warriors on Mandolin,” the department wrote while sharing the video on the micro-blogging site on May 18.

Hundreds who came across the video praised Khosla for his gesture to extend his gratitude to the front line workers of the pandemic while others were impressed with his skill on the instrument. The video has already garnered over 30,000 views. Many flocked to the post to laud the officer and also thank him for the gesture. "Thank you, sir," wrote a user. "Jai Hind," wrote another.

Previously, another ITBP soldier won hearts with his song dedicated to frontline essential workers called ‘Jeet Jayenge Hum’. The song is written and composed by Raj Kumar, a sub-inspector in the Indo-Tibetian Border Force. The inspiring composition made its way to the internet after being shared on the official Twitter handles of ITBP and has been winning hearts since then.

India reported a total of 2,63,533 new COVID-19 cases on Tuesday, the second consecutive day when cases had come below the 3-lakh mark for India. On Monday, India had reported 2.81 lakh cases. While the cases seem to be falling, the daily death is still on a rise, with the country recording its highest one-day death toll of 4,329 in the last 24 hours.

As per the health ministry, the cumulative number of COVID-19 vaccine doses administered in the country stands at 18,57,66,518 as per the 8 pm provisional reports Tuesday. 5,14,408 beneficiaries of the age group 18-44 years received their first dose of COVID-19 vaccine and cumulatively 64,60,624 across 36 States/UTs since opening the vaccination drive to those aged 18-45.