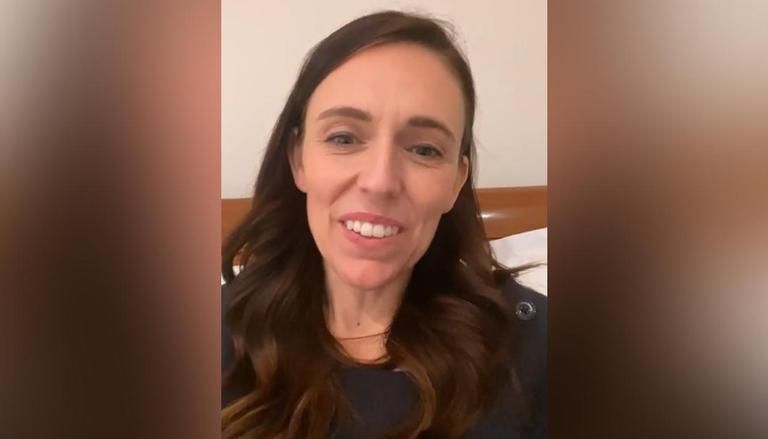 
New Zealand Prime Minister Jacinda Arden, who earlier won global accolades for her handling of the coronavirus pandemic in her country, appeared LIVE on Facebook on Wednesday to discuss her administration’s strategy.

The video was aimed at recapitulating the announcements made by her earlier in the day. While she zealously started by saying 'for those who missed today’s press conference', the kiwi leader was soon interrupted, not by opposition or journalists, but her kid daughter Neve.

Ardern started the video by discussing the situation in Auckland and describing new rules in the city like mandatory usage of facemasks, COVID scanning amongst others. While she was still speaking, Neve's joined in, calling her 'mum'.

To this, PM Ardern responded, "You’re meant to be in bed darling. It’s bedtime darling. Pop back to bed, I’ll come and see you in a second."

Getting back to the video immediately, she jokes "Well, that was a bedtime fail, wasn't it?" as she continued laughing. She also went on to share her experience saying,  "Kids escape after 3 – 4 times after bedtime. Thankfully, my mum is here to take care of it."

The confab did not end there. After a few minutes, Neve's voice was heard again in the broadcast. This time, the PM straightened her priorities and said, "I am sorry darling it is taking so long." Ending her broadcast, she said, "Alright I am sorry everyone, I am just going to put Neve in bed because this is well past her bedtime."

Netizens laud Ardern for her multi-tasking

The fun banter quickly gained traction on the internet with people praising the leader.

"You're doing an amazing job. Don't let the negatives get you down. Without your decisions, we would be so much worse off," one user wrote.

While another added, "You are doing such an amazing job. Best prime minister we have ever had."

One other Facebook user commented, "You are doing a fantastic job! Thank you for looking after us Jacinda!." One more excited user further wrote, "You are doing a huge job so many things to juggle - we appreciate you."