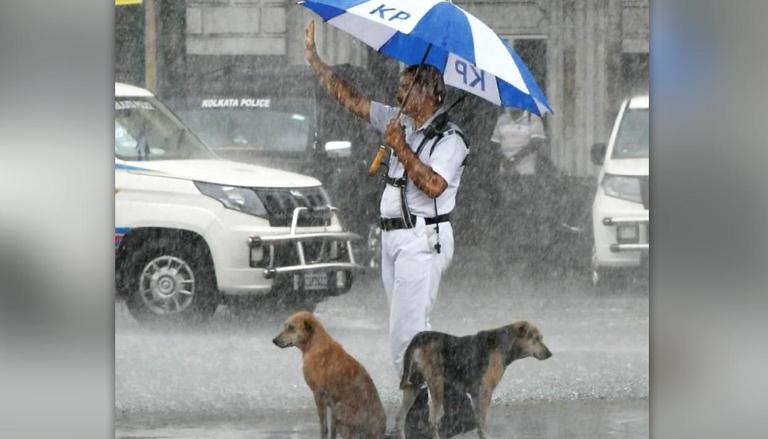 
Internet is flooded with animal videos and positive stories about what is happening around us, and this post by Kolkata police has now become a new social media hit, which is grabbing the attention of users for various reasons. In a sheer act of kindness, a traffic constable from Kolkata gave shelter to stray dogs amid heavy rainfall on Monday, September 20. The heart-winning image of the traffic constable soon surfaced on all the social media platforms and attracted a flood of reactions from netizens on the internet. Almost everyone who came across the post was delighted to watch the cop perform his duty with his "unexpected companions".

Shared by Kolkata Police on their official Facebook account, the constable named Tarun Kumar Mandal, who is in charge of the East Traffic Guard was managing traffic amid heavy rainfall. But what caught the eye of netizens on social media was the way Mandal was protecting the dogs from the rain. In the viral image, a pair of dogs were seen silently sitting under Mondal's umbrella watching the vehicles passing by.

Sharing the picture, Kolkata Police described the incident and wrote, "Many of you may already have seen this image of a few stray dogs sheltering under the umbrella of one of our colleagues, which went viral today". The cops further explained that the picture was taken at "Park Circus seven-point crossing, featuring on duty Constable Tarun Kumar Mandal near of East Traffic Guard, and his unexpected companions". So far, the post has received over 38, 000 likes and numerous comments. One user who saw the post wrote, "Salute to the man who never forgets his duty in such a situation". A second guy expressed his opinion and thanked the Kolkata police, "I'm very grateful to all the policemen who are doing such great work day after day," read his comment. Another person said, "Great Work, I salute you". 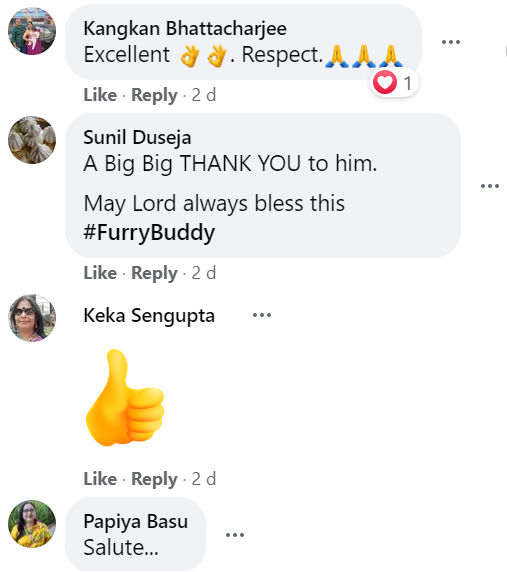