Lion Roars Through Kitchen Window At Man Who Tries To Prepare Coffee In The Camp; Watch

Lion growling outside a house has been captured on camera, as the lion wanted to mate with the lioness, but she didn't move from her place. 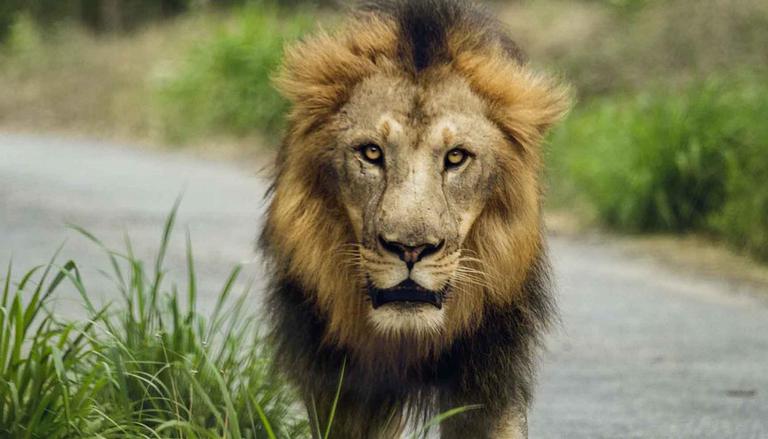 
A scary incident of a wild lion roaring outside a house has been captured on camera. A 46-year old man woke up to the roar of a lion outside his hut and he immediately filmed the incident. First shared by a YouTube channel named VirlHog, the lion video is now circulating on social media platforms and people are surprised to watch it. The incident took place at a Game Reserve in South Africa, where Dylan Panos was inside a kitchen at a jungle camp. In the viral video, it is seen that Panos wakes up and moves towards the kitchen to prepare coffee for himself, but a lion starts roaring at him, each time he tries to go near the window.

Lion growls at man through the kitchen window

Meanwhile, one can also spot a lioness lying right near the kitchen window. The 46-year-old, who is also a professional nature guide and runs a wildlife training company named Bhejane Nature Training, reveals that the lion was there to mate with the lioness, but the lioness didn't move from its place.

The video further shows the brave nature guide advancing towards the window in an attempt to make coffee on the stove, and it could be seen that the lioness was sitting on the front porch of the house and the lion was still around it. The wildlife guide also highlighted that there was no door in the kitchen or the dining room and the door space was covered with wire mesh windows.

Notably, the caption of the video clarifies that the lions were not a threat to Panos until he interrupted their pursuit. In the video, it can be seen that the lion was growling at the lioness making every effort to persuade it. However, sometimes persuasion also takes a lot of time. Finally, the guide felt safer and proceeded to make coffee and the lion was also calm later on, and they did not bother each other. The YouTube channel that uploaded this video said not only lions, but elephants are also very common guests at the camp, as they often come to drink water from the Jojo water tanks.

Netizens were quite amused to see the video, some feared the lion while some jumped on their seats. One user who saw the video said, "When Lion growled and leaped fwd I jumped out of my seat".

Another user who saw the video said, "That male lion is fully aware of every step he makes inside that kitchen". He elaborated on how lions notice every movement. The user also mocked the lion and called him a "jealous man".

A third person's comment read, "Give the Lion some coffee". While another enquired, that don't want some curtains for the windows and a door for the doors?!".

Another person after watching the video jokingly said, "Hey sorry I am coming late to work today, there’s a lion at my door".