In a picture shared by a Twitter user named Mayur Sejpal, a weird combination of Maggi in a milkshake has forced the netizens to react. 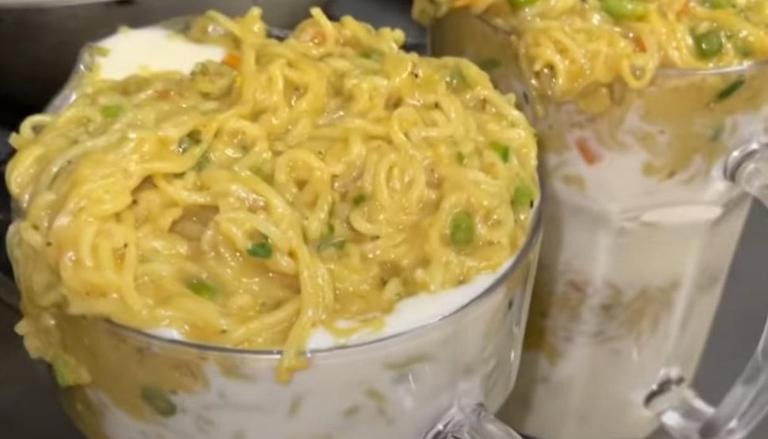 
The "beloved Maggi" is something that can be termed as "universal food" enjoyed by all age groups. Though the company, in its advertisement, shows a mother cooking the dish within two minutes, it takes more time depending on the choice. As per the taste, some people like it soupy, while others like it with loads of vegetables or toppings. However, the majority of the consumers like the combination with salty food items. While on several occasions netizens witnessed some of the horrific experiments with the all-time favourite dish, this time, it has crossed all the limits. Have a look at the weird picture of Maggi in a milkshake here:

A picture has been doing the rounds of the internet in which the savoury dish is converted into a beverage. In a picture shared by a Twitter user named Mayur Sejpal, a milkshake glass can be seen filled with Maggi noodles. Now, this looks unbelievable, for at least those who cherished the dish with full enthusiasm. The caption of the post reads, "This was shared with me by some idiot. Maggie Milkshake. Jinda pakadnaa hai in banane waalon ko (Whoever had this idea has to be caught alive)."

READ | In Sunfeast-Maggi dispute, Madras HC says no one can claim monopoly over 'Magic Masala' 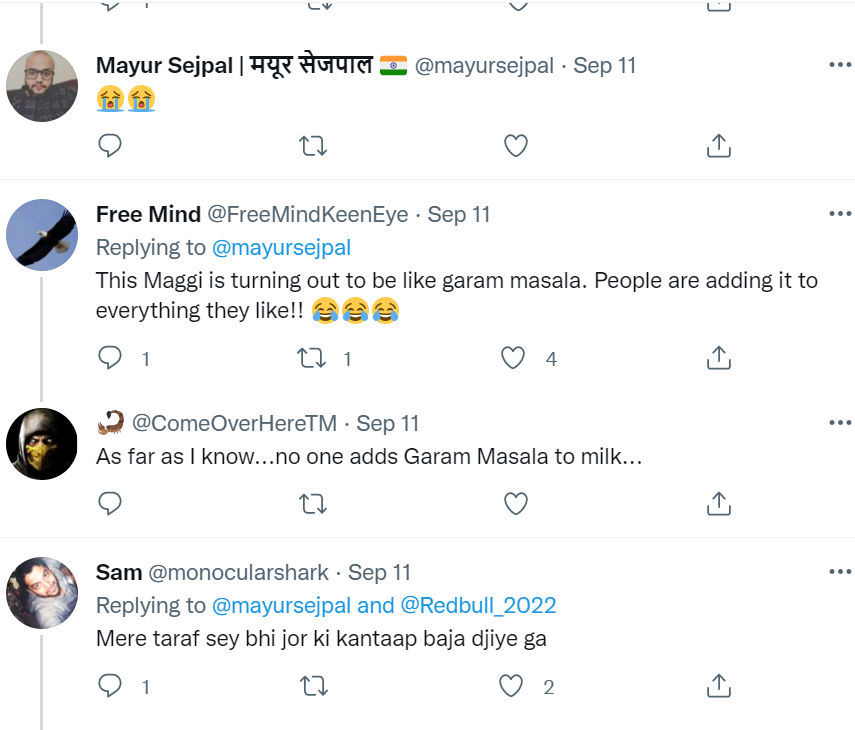 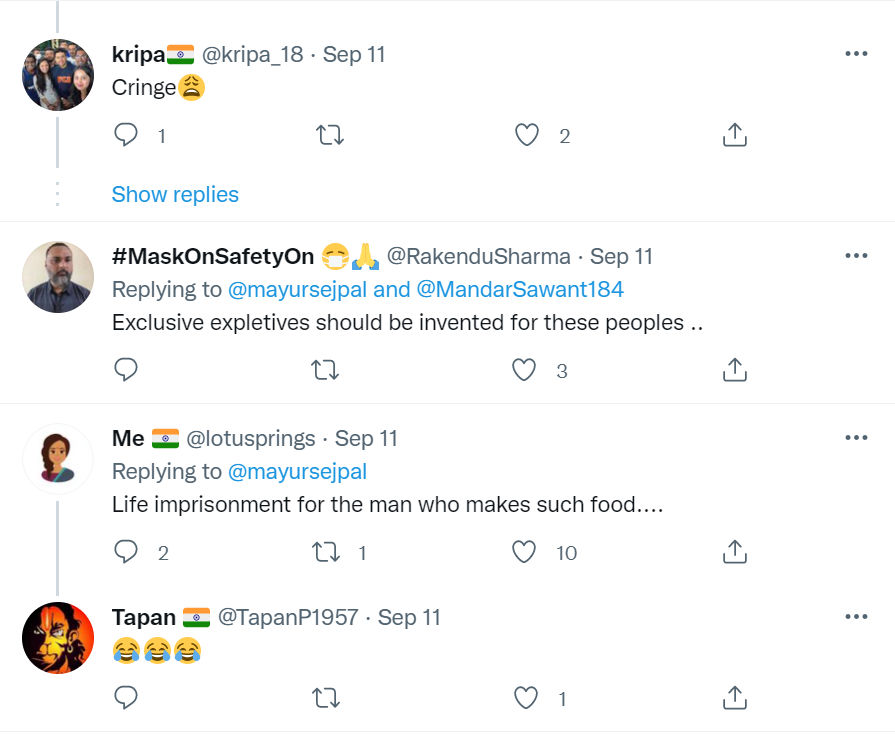 Since being shared on Twitter on September 11, it has garnered over two thousand likes and 240 retweets. Meanwhile, the netizens go crazy witnessing the weird experiment and expressed their outrage in the comments sections. One such user commented, "Life imprisonment for the man who makes such food...." "This Maggi is turning out to be like garam masala. People are adding it to everything they like!!" wrote another Twitter user. An irritated user responded with a meme that says, There is a different punishment for this crime in Garuda Purana)."

Meanwhile, this was not the first time when an unacceptable practice was uploaded on Twitter. Earlier, in a bizarre combination, a woman makes Maggi with ingredients having a sweet taste. The video shows a woman preparing Maggi and adding oreo biscuits to it instead of the masala and when it is ready, she serves it with ice cream. The unusual recipe has been shared by Chahat Anand on Instagram and it has caught the attention of netizens. People, not happy with the fusion recipe, could not stop themselves from questioning the combination. Chahat has uploaded the video alongside the caption, "Too weird or worth a try? Share this with someone who can give it a try!". The video starts with Anand putting a packet of Maggi in boiling water. She breaks the Maggi in the pan and then adds crushed oreo biscuits into the boiling instant noodles. After mixing them well, the Maggi is ready and served in a bowl. She then tops it off with some chocolate ice cream.