A video has surfaced on social media that shows a person attempting to drag his scooter away from the railway tracks. The man saved himself in the nick of time. 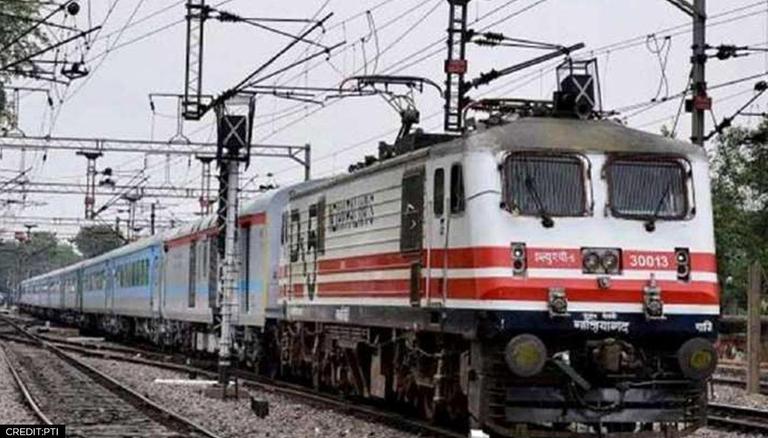 
A video has surfaced on social media that shows a person attempting to drag his two-wheeler away from the railway tracks. The video has been reportedly captured in Jamnagar, Gujarat which shows the man running away in the nick of time as the train approaches him. The clip showed the train dragging the scooter with it for a few seconds.

Man saves himself on a railway track

The video that has gone viral on social media, shows the person dragging his scooter from the railway track. He tried for few seconds to move the vehicle but was unable to do so. The man immediately went off the track and saved his life. The scooter was dragged by the train for a few moments. As per media reports, the man had been performing stunts on the railway track when he noticed the approaching train. Watch the video here:

In a similar incident, a video had surfaced on social media that showed a man dressed up in a Superman outfit trying to stop a bus. The man who was trying to perform a stunt gets hit by the bus. Luiz Ribeiro de Andrade, who goes by the name 'Superman' looks shocked when a bus he is attempting to stop hits him. He attempted the stunt in the Brazilian municipality of Barra dos Coqueiros and the video of the incident has gone viral on the internet, reported Daily Mail. The footage shows Andrade, a comedian dressed in a classic red and blue Superman costume as he filmed himself trying to prove his strength by halting a bus with his hand. The video shows him confidently standing in the middle of the road as a speeding bus approaches him. Before he could do anything, he gets hit by the vehicle.