Using the drumsticks, and a green yoga ball, the senior residents at the retirement and assisted living facility were seen acing the drum fitness exercises.

Footage of elderly members from a nursing home participating in a cardio drumming group fitness class to keep physically fit and mentally healthier amid the COVID-19 is giving the internet workout goals. Using the drumsticks, and a green yoga ball, the senior residents at the retirement and assisted living facility were seen acing the drum fitness exercises all the while enjoying the activity in group co-ordination. In nearly a two-minute-long clip, shared by Green Country Village Senior Living, Bartlesville, US, the elderly in the assisted living facility were using balls and laundry baskets to exercise along with the lyrics and beats of the Bruno Mars song Uptown Funk. “More fun at Drum Exercise class. We don’t own the rights to the song. But we do own the rights to a good time,” the senior living facility wrote in the caption.

In the video that is now being widely circulated among the residents as well as online viewers, the Bartlesville senior living community aced the high-level fun and fitness simultaneously with drum exercise, popular for enhancing both creativity and flexibility. ‘Crossing that midline keeps their minds sharp,’ a commenter noted, praising the initiative. The Music, an integral part of the workout, fuelled the energy in the senior activity program, as the elderly citizens belted the core exercise, burning calories.

In the footage, The Living Center’s coach can be seen instructing the masked members to pull the moderate workout exercise with drumsticks through coordinated movements around the yoga ball and beating on it. Life Enrichment Director, according to US broadcasters, was inspired by the drumming activity after watching it on a YouTube channel. In a statement, the coach said that at first, her class was just two-three senior residents. But eventually, it filled up.

Read: Twitch Streamer Yells At Baby In Live Stream, Gets Slammed By Netizens

With more than 2.2 million views as of Feb.1, the footage attracted appreciation as commenters found the activity worthwhile and amazing for both mental and physical wellbeing. “Love it! If some of these old ladies don’t get it together, they’ll have to run laps! Conquest of the nursing home! Actually a great idea,” one said. “I like this I think it's good for them to take their mind off of all their health problems and the troubles of the world,” another wrote. “Love this so much!! This is exactly what I’d do if I came into some wealth. Spend my days teaching activity and craft classes in nursing/retirement homes,” yet another said. 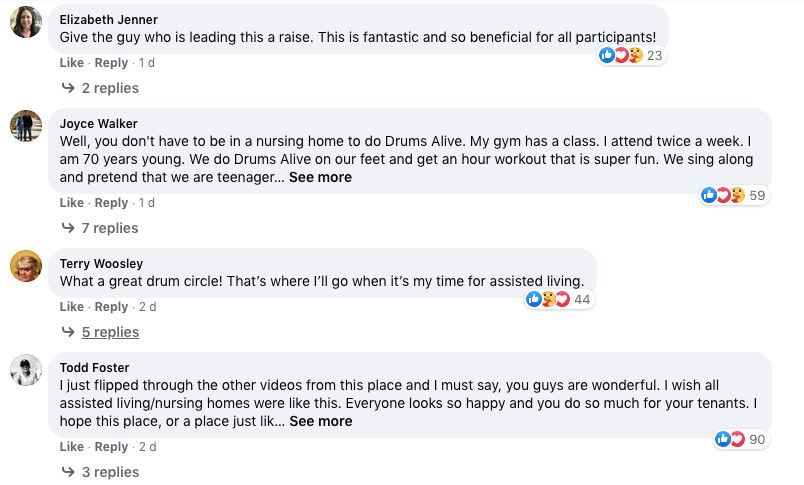 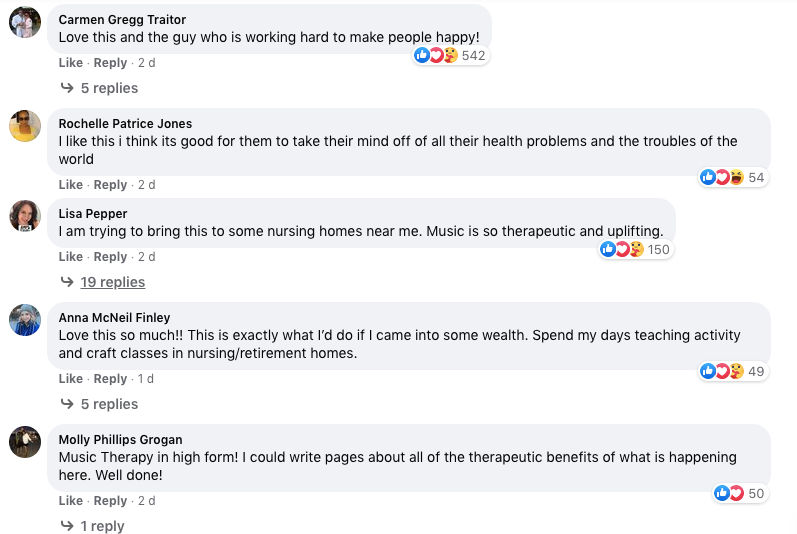