Narrow Escape For Bike Rider In Vietnam As Iron Gate Nearly Falls On Him; Watch Video

A bike rider had a narrow escape after a gate almost fell on him in Vietnam. The bike rider was saved by the homeowner who stopped the gate from falling. 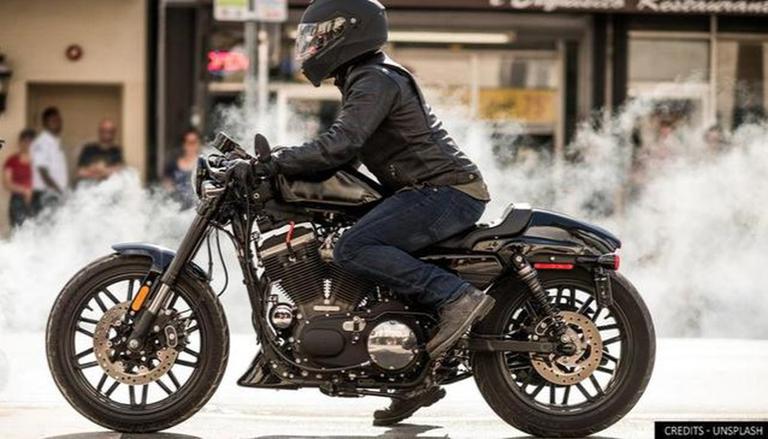 
A video has surfaced on social media showing a bike rider who had a narrow escape in Vietnam. The iron gate almost fell on him while he was passing through the road. Fortunately, the man behind the gate held it before the gate struck the rider. A video of the incident which has been recorded by two CCTV cameras has gone viral on the internet.

The video shared by Viralhog on YouTube has caught the attention of netizens. Viralhog uploaded the video alongside the caption, "An iron gate falls just as a motorcyclist is passing through the alley. Luckily, the man behind the gate catches it before it strikes the rider." The video starts with a man coming out of his car, parked in front of his house. He removes a small piece of brick supporting the iron gates. As soon as he removed it, the gate broke into two parts. In the meantime, a bike rider passing by noticed the falling gate and tried to slow down the speed. The owner, however, held on to the gate tightly which saved the rider. He immediately parked his bike on the side of the road, got off it, and came to assist the owner in placing the broken gates on the outside wall. The two men can also be seen talking to each other. Watch the video here:

After being shared on YouTube, the video has garnered over 6,261 views and scores of reactions. Some of the users reacted hilariously at the situation while others praised both men for helping each other. One user commented, "Building owner is very strong, he stopped falling part with one hand by holding at the bottom." Another user commented, "I would gift the gate to the biker as appreciation for his efforts." "The guy on the bike had a reflex", commented third user. Check out some user reactions. 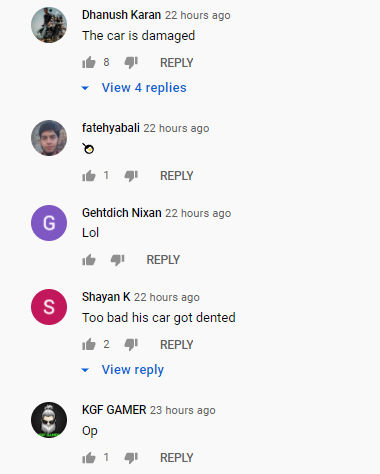 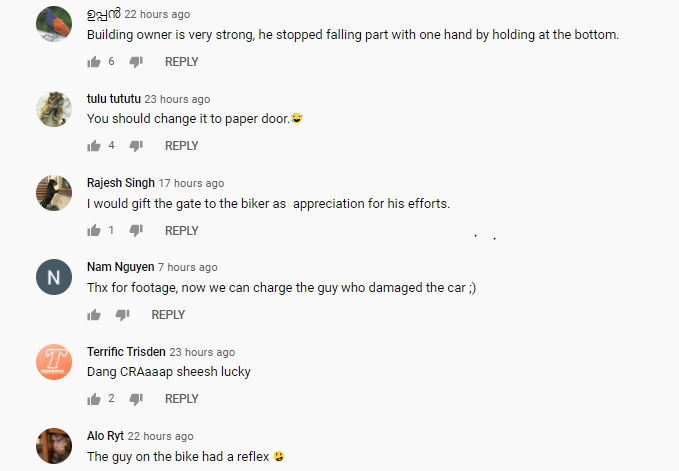