An incident sparked online debate after a customer tipped the delivery executive with a pizza slice instead of money, citing that he has 'no cash, take a slice’ 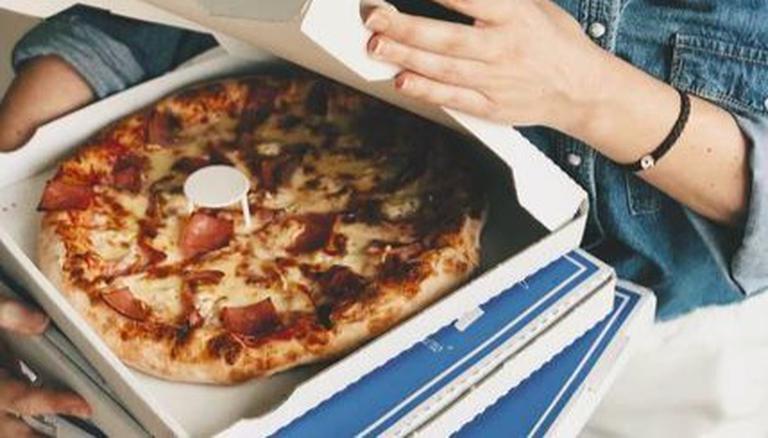 
The issue of tipping delivery drivers fairly has been a subject of debate with many calling out rude customers for inadequately tipping those on jobs of delivering food. Many on the internet have hurtled recommendations to opt for curbside pick-ups if one cannot fairly tip the executives. On Monday, one such incident sparked an online debate after a customer tipped the delivery driver with a pizza slice instead of money citing that he has “no cash.”

The video was originally posted on Tiktok by @ringdoorbell, which depicts an encounter between the customer and a pizza delivery executive, which was in fact recorded on the doorbell digicam on the buyer’s house. It shows a man who reaches home at an unidentified location and rings the bell. He then places the pizza on the bottom and finds a note that reads: “No cash for the tip, please take a slice of pizza”. Instantly, the delivery driver retorts, “Are you kidding me?” He is seemingly irritated with the note. However, with no option left, the guy opens the pizza box, picks a pizza slice, takes a chunk of it. He then leaves the spot.

The bizarre incident caught on camera has sparked fury among the netizens who argued that the delivery executives worked overtime and for lengthy hours, with most on side jobs, and are struggling. Therefore, it is obligatory to pay a decent tip to them, many asserted. The footage garnered 350,000 thousand views in just a day since being shared and was also uploaded on youTube. “If you can’t afford a few dollar[s] tip, don’t get service”, one on the internet argued. “Not enough to tip? Then you shouldn’t be ordering delivery”, another said.

READ | Domino's responds to backlash over 'fish and chips pizza', says 'sorry for the trouble'

“If a family is struggling and only has 10 [cents] to spare and they can get food but not tip, then what? Don’t say, ‘if you can’t afford to tip don’t eat out”, yet another wrote. Some denied that the customers must be obliged to pay to the delivery drivers saying, “It’s not my responsibility to pay employees”, one said. “I’m not a business owner, these restaurants need to pay their employees better.”