In the dramatic clip, a hiker can be seen trapped in the cold spring water that was flowing 50 to 80 feet per second when CHP officer saves him from the water.

A video of an off-duty California Highway Patrol Officer saving a 24-year-old hiker about to go down a waterfall has earned great appreciation on social media. Apparently, the hiker got trapped in turbulent waters after he misjudged the flow and tried to cross Angel Falls in California, according to the police’s statement. The nearly 2-minute-long clip was shared by the California Highway Patrol on their official Facebook page that has amassed over 2k likes.

In the dramatic clip, a hiker can be seen trapped in the cold spring water that was flowing 50 to 80 feet per second. Nearby, Patrol officer Brent Donley, who is trained in search and rescue, was also hiking in the area near Bass Lake in Madera County, as per media reports. The officer was alerted that a victim was struggling to make it back, stuck in the cold and aggressive rapids. "That's about like 50-80 basketballs full of water every second," the Madera County Sheriff's Office wrote in the Facebook post that garnered a slew of comments.

Therefore, without further delay, the officer used a strap from his backpack and tied it around a branch so the hiker could grab it, as can be established from the footage. The officer carefully threw the branch to the stranded man and then talked him through the rescue, as per the video released by California Highway Patrol in Fresno. Eventually, with the assistance of a group of other hikers, Donley pulled the anonymous man to safety. Also, the officer provided the injured man first aid until the Search and Rescue officers team arrived. 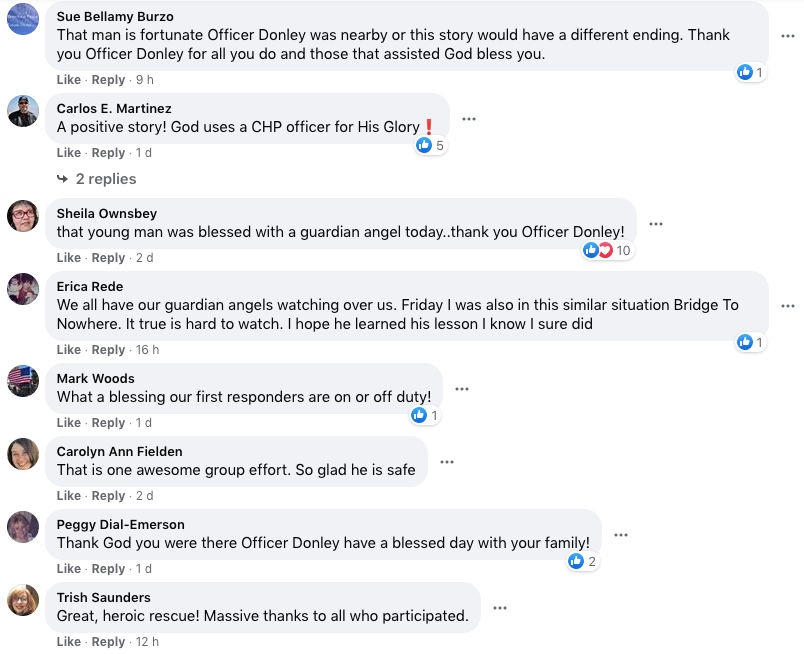 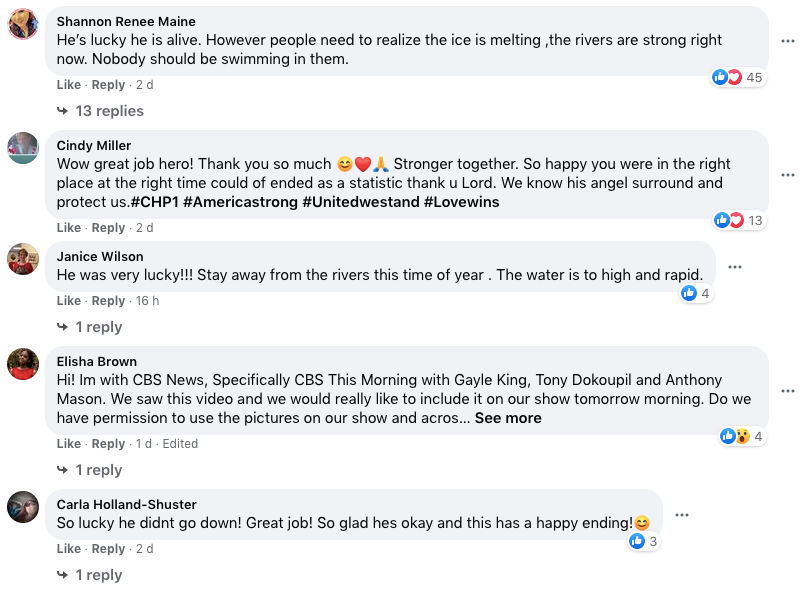 “This call could have ended very badly if not for his help,” the Madera County Sheriff’s Office wrote in the post warning the visitors. One of the main attractions for hikers along the Willow Creek Trail, Angel Falls is renowned as one of the most challenging trails according to the USDA Forest Service website. Steep and nearly 3-miles long, the trail can be risky and dangerous because of the slippery rocks along the path according to a local travel site for Bass Lake.