Side-splitting footage shows the social media influencer Dananeer and Momin imitating each other's act which transformed them into the internet meme overnight.

A video compilation of the meme overlap ‘remix’ version between the Pakistani ‘Pawri ho ri hai’ fame and the internet’s ‘Mujhe maro’ meme sensation guy has left the internet in splits. Shared by the ‘pawri girl’ named Dananeer Mobeen on her official Instagram handle, the side-splitting footage shows the social media influencer duo imitating each other's act which transformed them into the internet meme overnight. Momin Saqib, the British Pakistani influencer shot to popularity after a clip of him emerged during the 2019 ICC Cricket World Cup ranting “ maro mujhe maro” after Pakistan lost the cricket world cup match to India.

In the clip shared by Dananeer, Momin can be seen delivering Dananeer’s popular ‘pawri’ lines: “Yeh main hoon, yeh Geena ji hain aur…. [This is me, this is Geena ji]. His side-splitting discourse at this point is interrupted by the ‘pawri girl’ herself who enters the frame and starts ranting Momin’s meme lines attempting to imitate his style: ‘maro mujhe maro’. The duo record themselves as they collaborate to make a remix version of each of their memes,  giving their audience on social media a good chuckle.

The 19-year-old teenager from Pakistan, who is also a blogger and social media content creator, took the internet by storm after she recorded herself while ‘pawring’ with her friends. In the short clip that she shared on social media, Dananeer can be heard saying the famous lines that later went on to become hit among the netizens, “Ye hamari car, aur ye hum hai, aur ye hamari pawri hori hai" (this is our car, this is us, and this our party).

Momin, on the other hand, became a recognizable face on social media after a clip from his interview with the TV reporter went viral after the ICC World Cup. Candidly speaking, Momin expressed shock as he said: “Ek dum se waqt badal diye, jazbaat badal diye, zindagi badal di,” lines that left the social media in splits. Momin’s video where he frantically expressed his emotions about the Pakistani team’s performance sparked laughter across the social media and was retweeted as memes by users on both sides of the border. 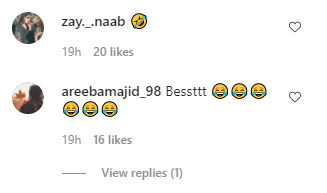 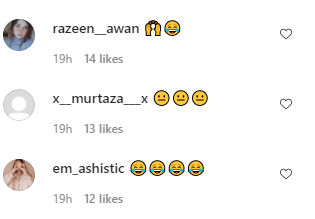 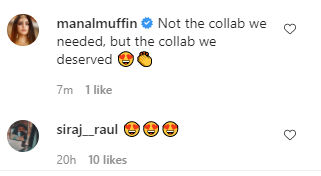 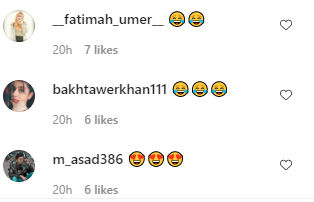