Pet dog working out with the two girls is the new internet sensation, in the video girls are seen dressed in their workout suits, performing exercise. 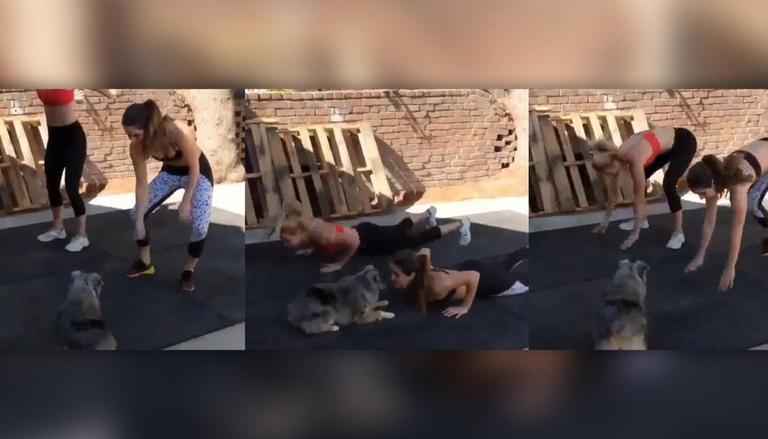 
A heartwarming video of a pet dog working out with two girls is the latest sensation to go viral on the internet. The short video clip is extensively circulating on social media and netizens are falling in love with the furry pet. The video was shared by a Twitter account named Buitengebieden and has swiftly taken over the internet. In the viral video, two young girls are seen dressed in their workout suits, performing cardio, while the pooch starts imitating them, performing a couple of "jump and rolls".

Workout buddies are the best.. 😁 pic.twitter.com/LGmdoiN723

The adorable video of the dog's workout with ladies is melting the hearts of many. The Twitter user who shared the video captioned it as, "Workout buddies are the best". The 10-second video has garnered humongous views and hilarious comments as it seems netizens couldn't resist reacting to it. One user took to the comment section and interpreted his own version and wrote "Meditation Buddies".

Meditation buddies, too — I have a cat and a dog who often both join me with I "sit."

Second, the user appreciated the dog. He went to the comment section and wrote, "Good job by the dog". Meanwhile, he expressed his opinion and said the girls doing it right.

Good job by the dog.
The girls aren't as good at following commands, though.

A third person complimented the dog and appreciated the video. She said it was "adorable and smart!". She even inquired, "How does one even begin to teach that?".

How adorable and smart!! How does one even begin to teach that?❤❤

A fourth person jokingly said, "The girls are missing a step!". While another person commented "Awww". " OMG! this is so freaking cute," said another.

Dog trains with his companion

Earlier, a similar video surfaced on social media, in which a pet dog was seen working out with his man. The cute video shows a man doing several exercises while his companion helps him out. The man shared the video with a caption that read, "Couldn't ask for a better training partner". In the adorable clip, the pet dog is seen helping his owner perform crunches and even shaking hands with his companion every time he completes a push-up.

The video collected massive views and struck a chord with netizens before it went viral. One wrote, "For this good boy, I’d learn to do press-ups. Smiling face with 3 hearts for no humans though". While another user wrote, "Such a good boy!".
IMAGE: TWITTER/Buitengebieden