A customer specified the type of topping he wanted on his cheese pizza in a 97-word request. He mostly talked about the peppers he wanted on them. 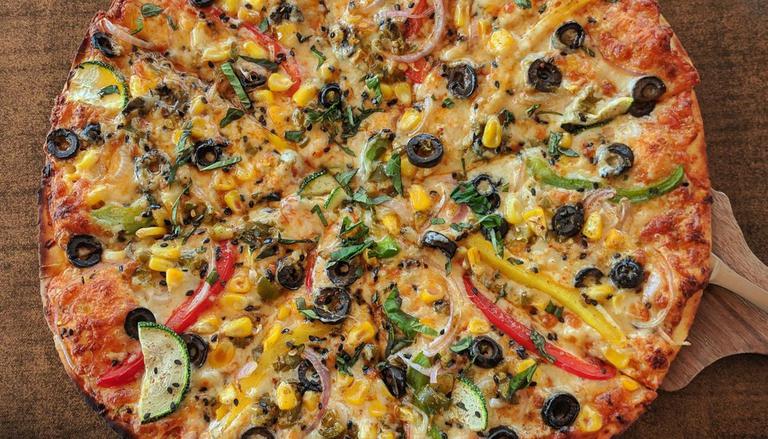 
A customer's bizarre pizza request has caught a lot of attention on the internet as he urned a simple pizza request about his pepper preference into a 97-word elaborate description. The guy specified the type of topping he wanted on his cheese pizza in a 97-word request. He was mostly talking about the peppers he wanted on them.

The pizza lover wanted banana peppers over the green peppers

To conclude, he stated that he preferred 'banana peppers' over the traditional 'green peppers.' He also stated that he didn't want to come across as impolite or picky for making such a big request. He obviously chose to express himself in a colourful manner. Finally, he requested that the peppers be referred to as 'pepperoncini.' 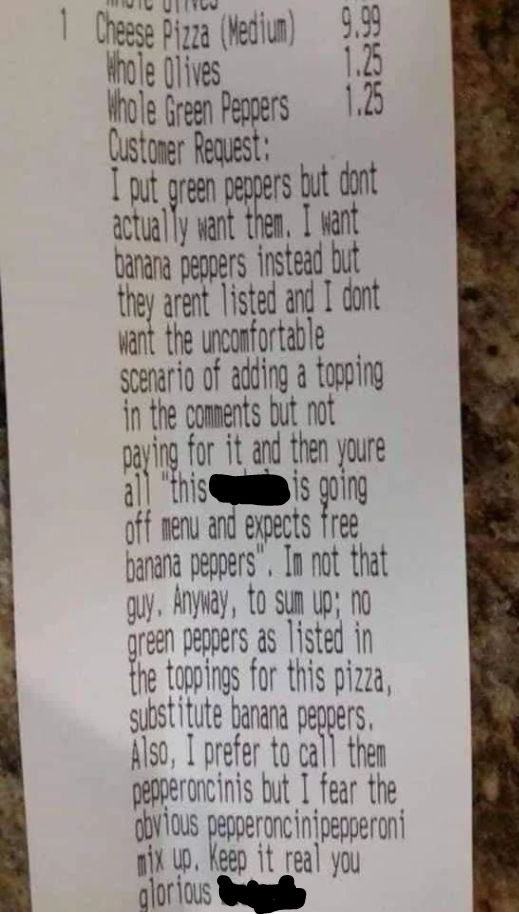 The post received 63,500 upvotes on Reddit. This delighted a lot of people on the internet, they flocked to the post to express their admiration for the "pepperoncini guy." 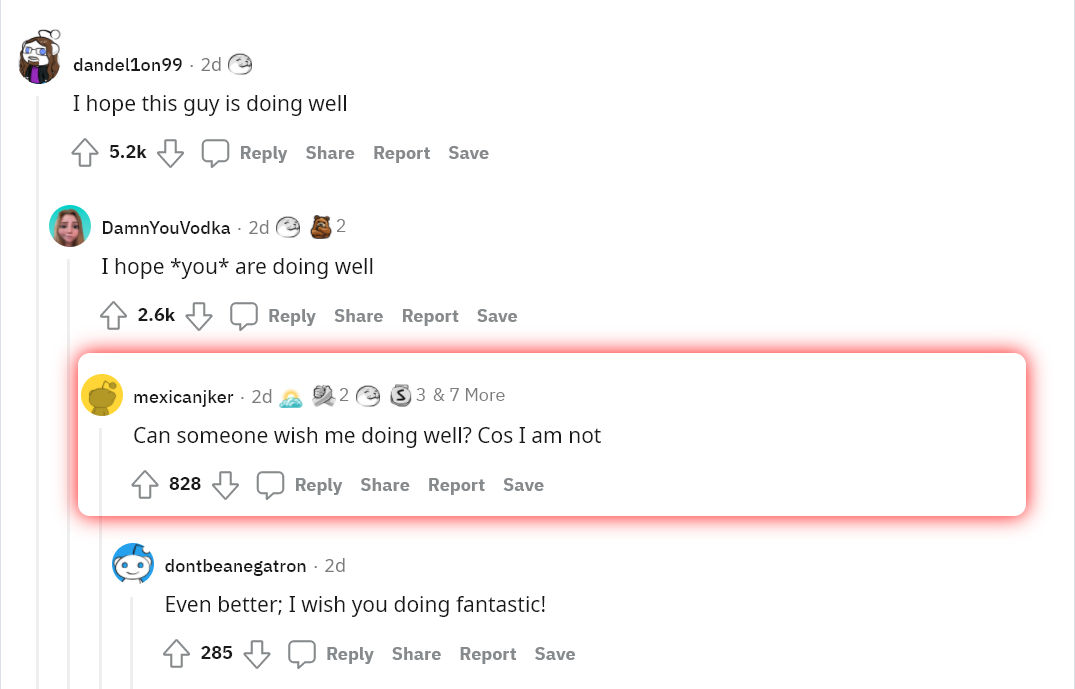 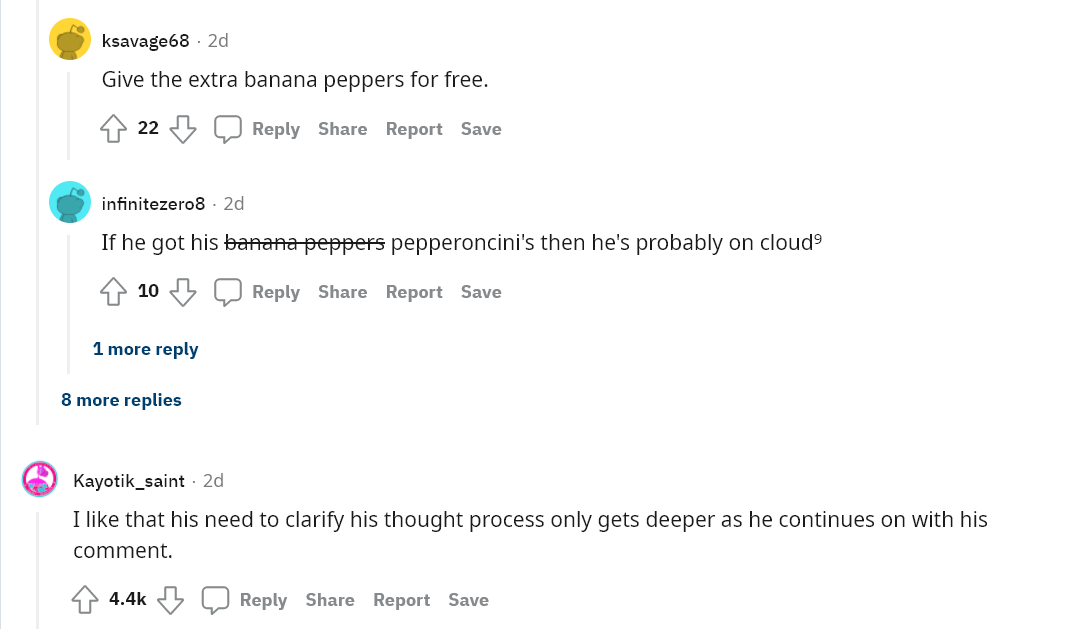 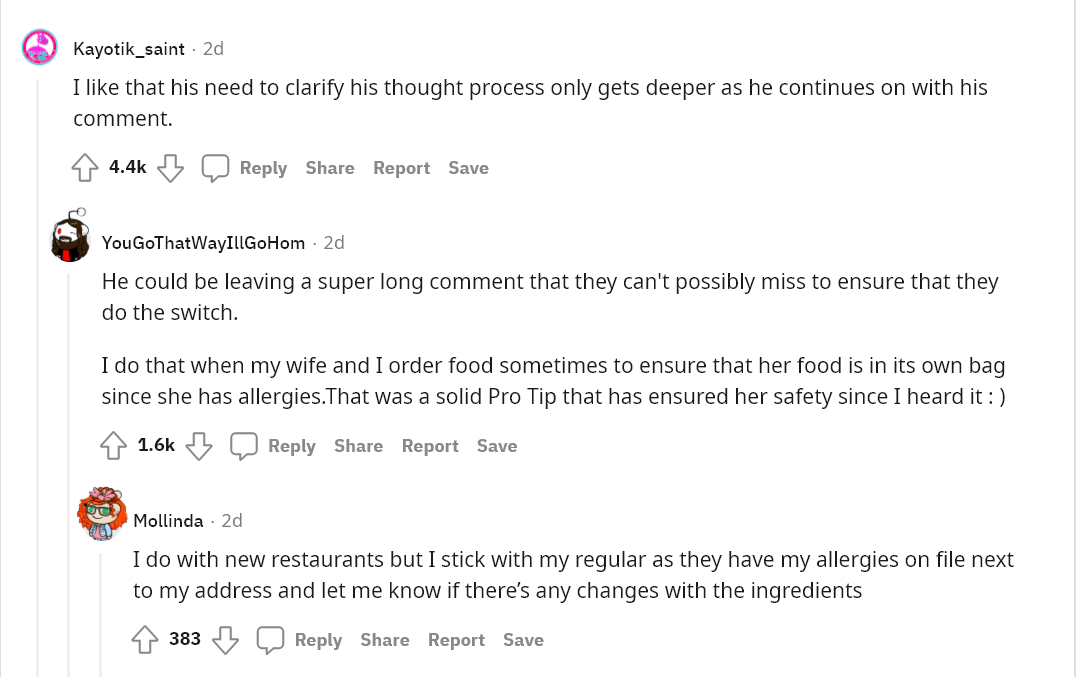 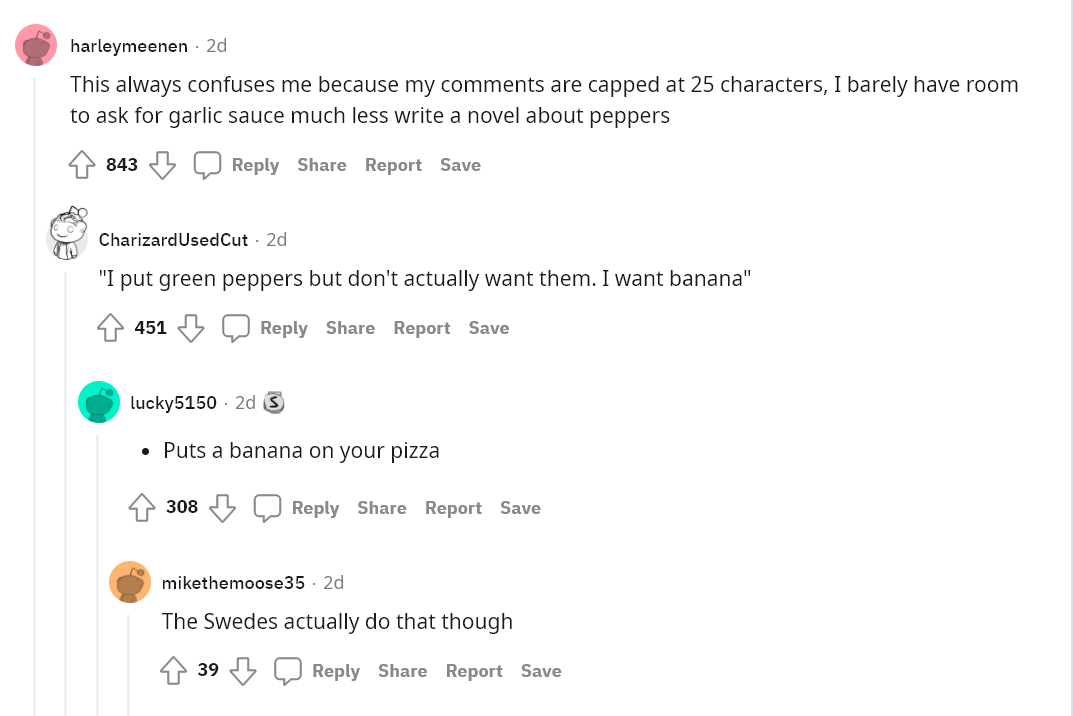 Another similar request by a customer

Last year, a chef revealed a message he discovered in a vegan food order, in which the man asked for cheese. On Reddit, a snapshot of the request was uploaded with the caption, "Possibly the best Uber request I've seen."

The note read: "I know this is a little weird for a vegan burger but I'm not actually vegan, my Mrs just won't let me get the beef burger because I slaughter them often and she reckons Imma get heart disease if I keep going. "But can you pretty please sneak a little cheese on that bad boy so I can live a little. Hope you have an awesome night. Kind regards."

READ | 'Bitcoin Pizza Guy': US man who blew bitcoin now worth $365 mn claims he has 'no regrets'