Pic Of Puppy In A Crime Scene Turns Out To Be Fake, Netizens Speechless

The picture has evoked confusion among the users on Reddit, who instantly think that the pup has perhaps been killed, but he is actually up to something else.

A picture of a dog lying on the floor covered in what appears to be blood shared on Reddit on March 20 is making rounds on the internet. The photo is split into two parts which shows a pup lying on the floor upside down. He is smeared in red stains also spread all across the floor. However, that’s just a naughty pup according to the owner.

The picture has evoked confusion among the users on Reddit, who instantly thought that the pup has perhaps been killed. But after taking a quick glance at the second half of the picture, the users get a clear idea of what might have happened. The dog is lying with its tongue out and paws up in the air motionless. He, however, has chugged the strawberry jam or as some speculated, dragon fruits. He was picked by the owner from the floor, and another photo was captured to show that he was one of the most notorious pups who liked to pull such acts. The dog stares at the camera guilty. The picture has gained 68948 upvotes. 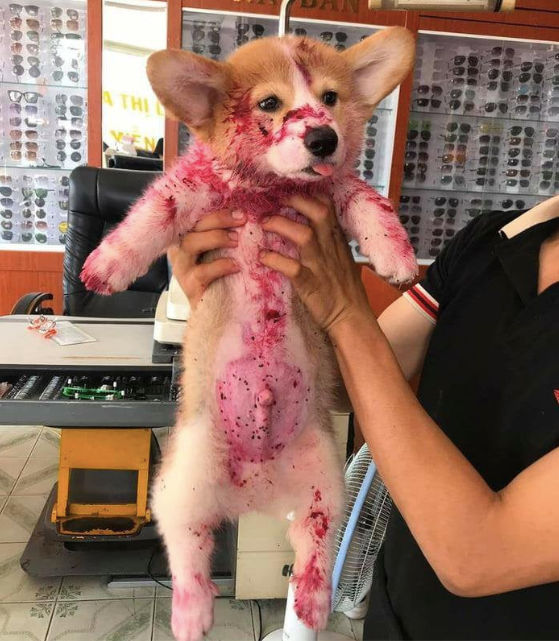 Read: Coronavirus Cases: Lockdown In 75 Districts To Be Announced

The Reddit users poured in comments astonished at the pup. Some said that it looked like that he was murdered, going by the way he lied on the floor. “I’m glad it’s the jam. If you go by the first pic, it looks like that dog got murdered”, a user wrote, adding, “and is a puppy eating strawberry jam in a glasses store really the strangest thing to happen this week? The way this week has been going, I’m not sure it’s even top ten”. “He ate dragon fruits. There’s no strawberry and no jam here. The pic is from Vietnam”, revealed another user. They further stated, “this is in Vietnam and people often make their residence and storefront in the same building. They live in their shop”. 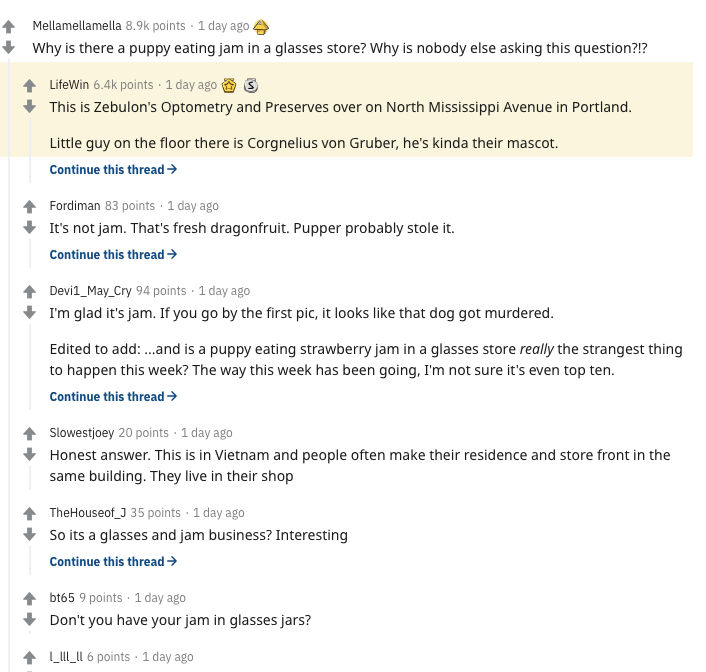 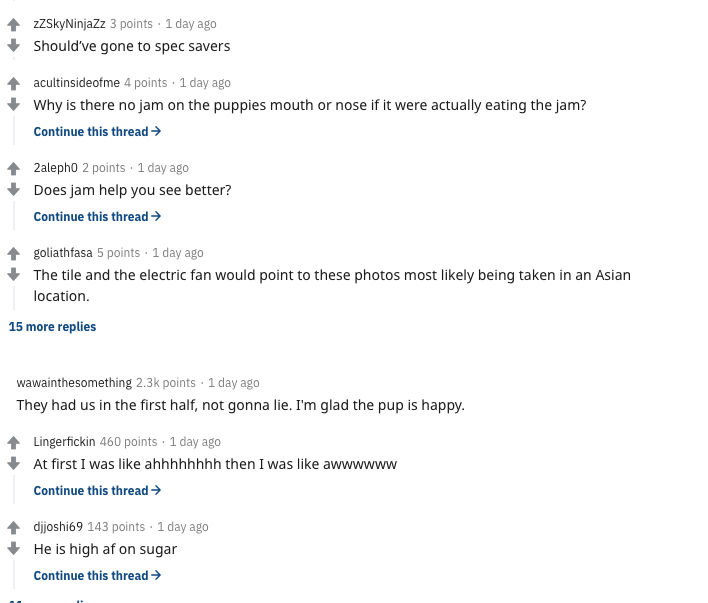