Small Girl Hailed As 'hero' As She Alerts Father After Spotting Fire In The House: Watch

A little girl saved her house from fire after she spotted the fire in her kitchen. Amelia spotted the air fryer in flames and ran to her father to alert him. 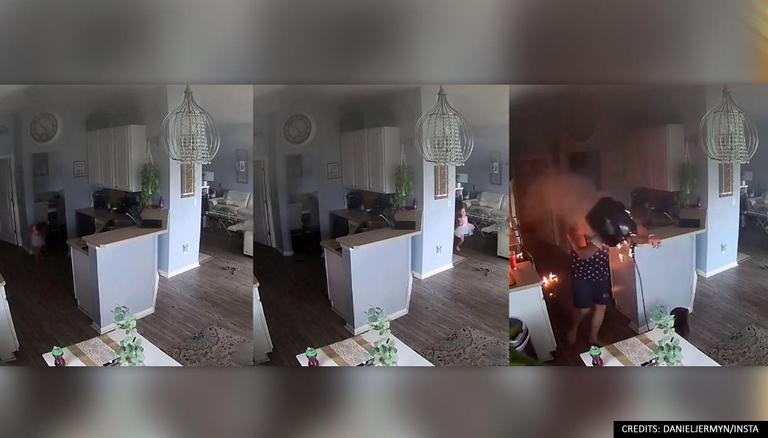 
A four-year-old girl saved her house from fire after she spotted fire in her kitchen. Amelia spotted the air fryer in flames and quickly ran to her father to alert him. The incident was captured on security camera and was shared by her father on Instagram. The video has gone viral on the internet and netizens have hailed the girl for her quick thinking that saved the house from massive fire.

Daniel Patrick Jermyn uploaded two clips of the incident on Instagram. Amelia was running around the house when she noticed fire breaking in the kitchen. After seeing the fire, the little girl said, "Fire. Oh no. Dad is going to kill me", followed by "think, think". She immediately ran to her father to inform him about the incident. In the second video, her father tried to control the fire. While sharing the videos, Daniel mentioned that there was a short circuit in the Air fryer and it caught fire. His daughter like a "hero" saved the home.

Daniel told Fox News that he had cooked lunch and was going out when the incident occurred. Recalling the incident, Daniel said that  Amelia came to him and told him that she wants to show him something. By her actions, Jermyn could sense that something was wrong. He rushed to the spot and removed the appliance. According to Jermyn, the stove, rug and microwave were damaged. He added that if it had burned for two more minutes, the entire cabinet would have damaged. He said that he had no serious injuries, but melted pieces of the air fryer landed on his foot and the dog as well.

Since being shared on Instagram, the post has gathered over 170 likes and several reactions. Netizens took to the comments section to praise the little girl for her quick thinking. One user commented, "Omg!! What a smart little girl." Another user commented, "Omg. Glad you're all okay! That is the sweetest thing I've ever seen though of your daughter omg." Another individual commented,  "Very observant and intelligent girl. Verty rare at that age. She is a doll and s princess. The parents should give her a good treat."

READ | I’m NOT a fan: Dog's hillarious video in waves will leave you in splits | WATCH 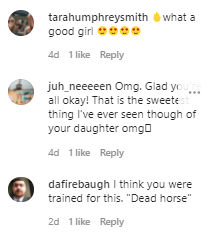 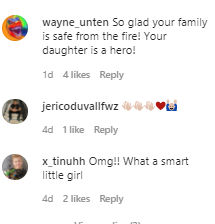 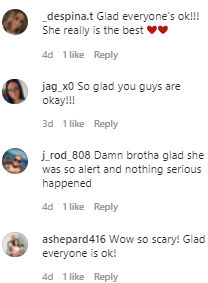