“There were a lot of beautiful highlights this weekend, but watching my dad and Tenaya dance in their father-daughter dance," Bride's sister wrote on Facebook. 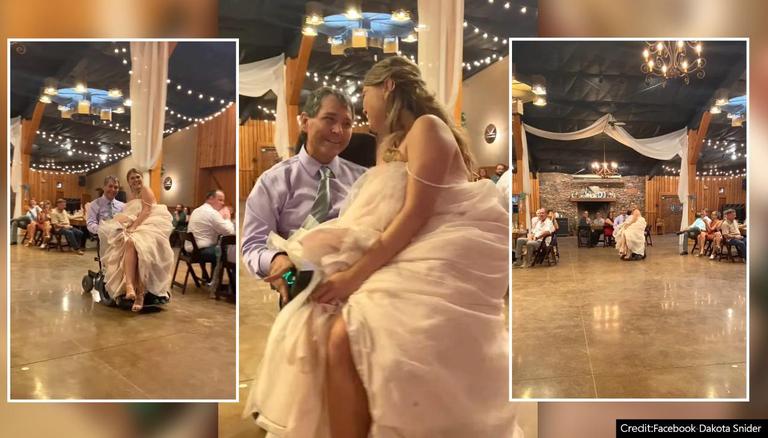 
A footage of a father suffering from Amyotrophic lateral sclerosis (ALS) dancing with his daughter in his power wheelchair on her wedding day has inspired the internet. Shared by a Facebook user Dakota Snider the short clip depicts a story of resilience and strength despite impairment in which an enthusiastic dad does not let the ALS take a special moment away on his daughter’s big day.  In the caption to the now-viral video, Snider informed that her sister Tenaya danced with their father who is battling ALS on her wedding day.

“There were a lot of beautiful highlights this weekend, but watching my dad and Tenaya dance in their father-daughter dance,” the former wrote in the caption of the post. Shortly after the heartfelt video was shared online it drew empathetic responses and applauds for the courageous father, for making his daughter’s day special and demonstrating the spirit of not giving up. “How absolutely beautiful,” a commenter wrote. “A sweet moment filled with love never to be forgotten what an amazing family you have Dakota thank you for sharing,” another said. 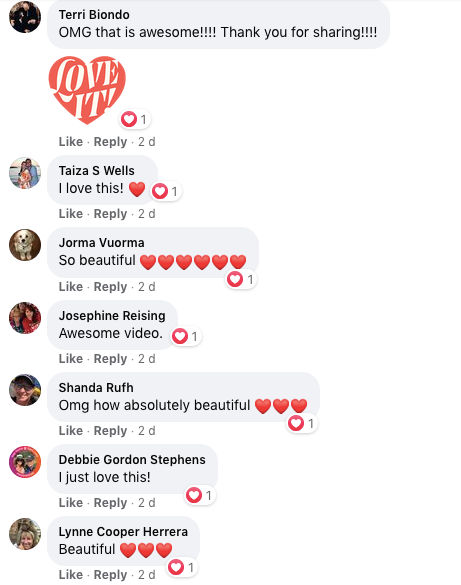 This Indiana dad, with ALS, travels for 2 hours

ALS impacts as many as 20,000 Americans at any given time mostly those aged between40 and 70, according to the statistics by the ALS Association. But despite the body movement degeneration, voluntary muscle action progressively affected, and wheelchair-bound, several patients from time to time have demonstrated hope by example. “I have never documented something so beautiful in my life,” described an US-based photographer in words when he captured another similar viral video of a father battling ALS performing ‘special dance’ at his daughter’s wedding two years ago. Elias Pabo shared the sentimental video that he shot for the northwest Indiana family, rendering many on the internet ‘emotional’.

In his video that went viral, the father of the all bedecked bride, Tim Franciski travelled two hours to the wedding to walk her daughter down the aisle, and not just that, he performed a dance routine on his power wheelchair. Tim was also diagnosed with the neurodegenerative ailment ALS that affected his nerve cells in the brain and spinal cord, causing impairment to his arms and legs. But that did not deter the Indiana dad from dancing on Michael Bolton’s Fathers & Daughters track on her daughter’s big day. Tim, who the bride Katie Franciski described as a “strong, determined, amazing man,” in an interview with local broadcaster WGN9, even managed to out of his chair briefly.