Dairy giant Amul has used the Korean hit show, 'Squid Game' in one of its cartoons which has gone viral on social media. It was posted on Amul's Instagram page. 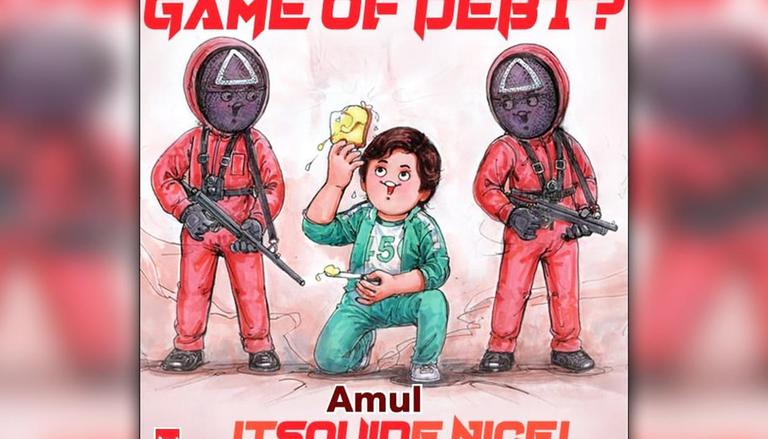 
Dairy giant Amul is known for releasing creative campaigns on the ongoing affairs around the country. As the Korean show Squid Game, released on Netflix, takes the internet by storm, brands all around the world are attempting to cash in on its success. Joining the league, Amul has also used the show in one of its most recent cartoons. The hit survival drama series has created a buzz everywhere. From Amazon CEO Jeff Bezos discussing it to popular video game Assassin's Creed posting a meme online, the show has managed to attract everyone's attention. So it was only natural that Amul, which is known for featuring current events in its cartoons, join the discourse.

While Dalgona candy is associated with the gripping show, the dairy brand replaced it with its distinctive butter toast. Amul brought a "buttery twist" to an otherwise tense scene by sketching the iconic sequence starring veteran actor Lee Jung-Jae, who plays Seong Gi-hun in the show. Although the onscreen portrayal of the masked men in pink jumpsuits makes participants fearful, they can't stop smiling when they see the buttery bliss in the animated rendition. "Game of Debt?" read the text on the cartoon, which was shared on Amul's official Instagram page.

The post is doing rounds on Instagram and other social media platforms since it was shared on Friday, October 8. As of now, it has garnered more than 62,000 likes and the numbers are only increasing. Besides, it has also accumulated several comments from the people. Reacting to the post, one of the users wrote, "Now Amul has jumped in this trend too". "Hey, I didn't know Amul was into squid games!", another user commented. "I love the detailing that how smartly they put 456 on his t-shirt. Good work Amul Team", expressed a third. It should be noted here that Squid Game was released last month and the show is based on a group of people from varied backgrounds who sign up for a series of games with life-threatening consequences, only to win a whopping $40 million cash prize. 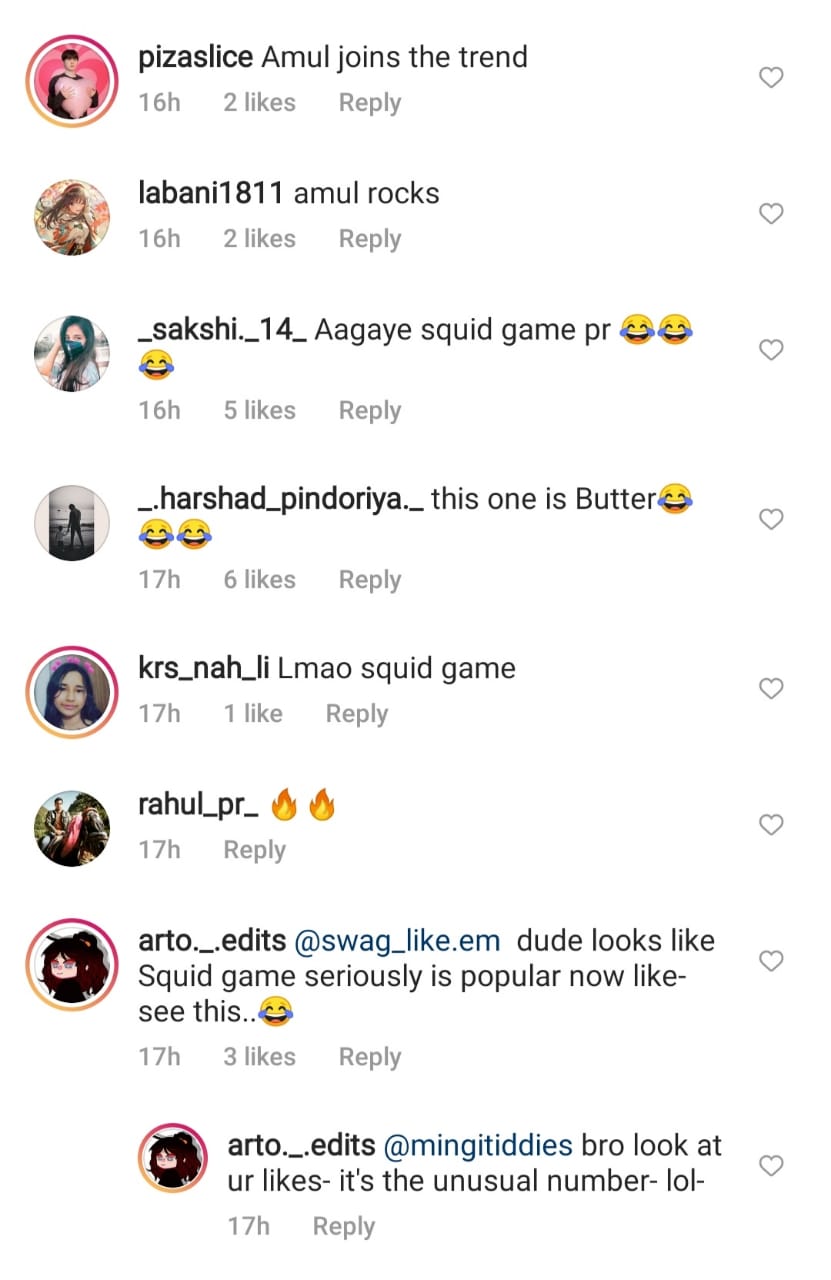 READ | India vs England: Amul hails tailender duo Bumrah-Shami after Men in Blue's Lord's win
READ | 'Squid Game' eligible for an Emmy nomination but there is more to it; find out here
READ | 'Squid Game' comes under scrutiny of Parents council for being 'incredibly violent'