A video has surfaced on social media that shows a cat being rescued from the electric pole in the United Kingdom. The clip has gone viral on social media. 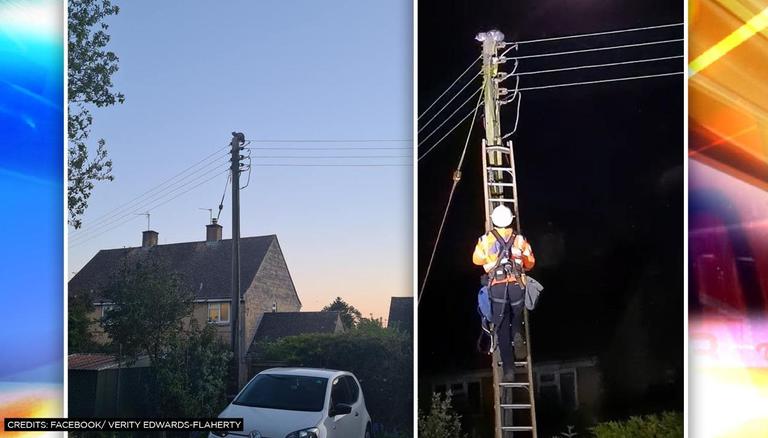 
Residents in Gloucestershire had a sudden power cut due to a cat that was stuck on top of a live electricity pole. Video of the incident has surfaced on social media that shows a cat being rescued from the electric pole in the United Kingdom. The human family of Gryffyndor were not able to find her at home and they then spotted the cat on an electric pole. They reported the matter to the authorities and the electricity board engineers came to the rescue. The incident was shared by Verity Edwards-Flaherty on Facebook.

Power turned off due to a cat

Verity Edwards-Flaherty told BBC that her family noticed Gryffyndor had not touched her food that day. Five firemen and three electric board men worked to rescue the little cat. The video shows the firefighters with the help of a ladder reaching on top of the pole and bringing the cat down. The firefighters turned off the power line for about five minutes so that Gryffyndor could be safely brought down. The people applauded the rescuers for bringing the cat down. Watch the video here:

In the post, Verity Edwards Flaherty apologised to her neighbours in Stow who had to have a power cut to get her down safely. Flaherty told BBC that her family noticed Gryffyndor had not touched her food that day. After searching around, they spotted the cat on an electric pole. After reuniting with the pet, the cat's human family said that she will stay strictly in the house.

Since being shared on Facebook, the incident has caught the attention of netizens. People relieved by the rescue took to the comments section to share their views. One user commented, "Good to see it all ended happily." Another individual commented, "Omg! How did she even get up there?! What an adventure xx So glad she got helped down to safety." Check out some user reactions. 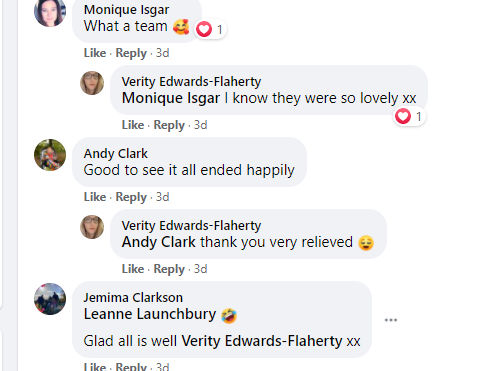 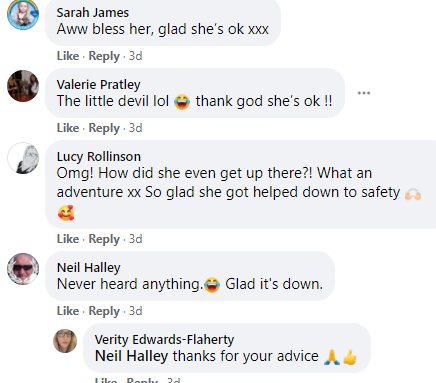 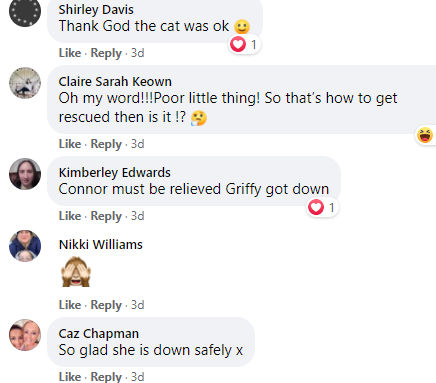