A study, published in 'iScience,' reveals that male chimpanzees build strong bonds with the alpha male and other males to have successful parenting rates. 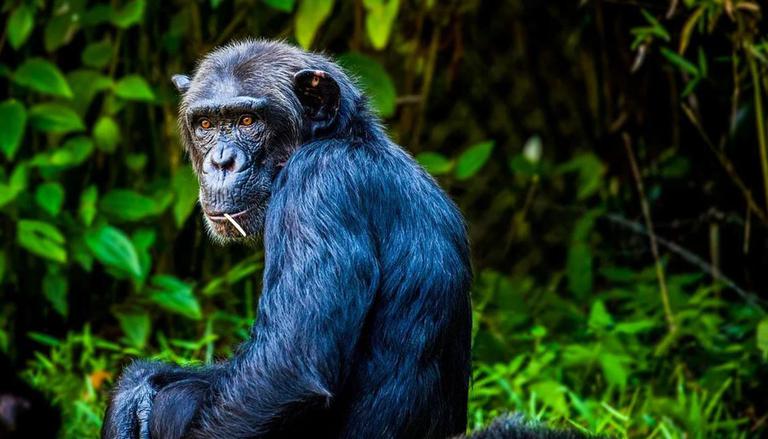 
A study conducted by the University of Michigan, in collaboration with Arizona State and Duke universities, revealed the unique reason behind male chimpanzees building close relationships with each other. The results of the study, published in the journal iScience, found that male chimpanzees build strong bonds with the alpha male and other males to have a successful parenting rate.

"This is the possible answer to why do so many animals show signs of cooperation and alliance? Leaving females, the male would only spend quality time grooming other males only if there is this kind of benefit," said Joseph Feldblum, the lead author of the research.

Putting the behavioural and genetic data of chimpanzees living in western Tanzania under scrutiny, the researchers focused mainly on the association between sociality and paternity success rate. They gathered models to examine the effects of age, dominance and genetic relatedness on the success of the male offspring based on the data collected.

The researchers examined at least 56 cases with known paternity between 1980 and 2014 in order to figure out patterns between male social bonds and paternity success. They found that chimpanzees with more strong associations with a strong male or the alpha had higher chances of offspring. The study also revealed that two factors- a strong bond with the alpha male and many strong association ties- both independently, was one of the major reasons for reproductive success.

Notably, the chimpanzee is a species of great ape listed on the IUCN Red List as an endangered species. The biggest threats to the chimpanzee are said to be habitat loss, poaching and disease. "A distinct idea of the benefits of social relationships in chimpanzees might provide clues about the evolution of friendship in humans, however, more research is needed to find out how coalition formations and these social bonds lead to siring success," said Feldblum.

It should be mentioned here that the research group is part of the ongoing study of chimpanzees in Gombe Stream National Park which was started by Jane Goodall in 1960.

WE RECOMMEND
Chimpanzees develop 'handshake-like' gestures depending on their social group: Study