The viral video opens up to show an adorable white parrot sitting on the edge of a car window and enjoying the swift wind as it blows through its feathers. 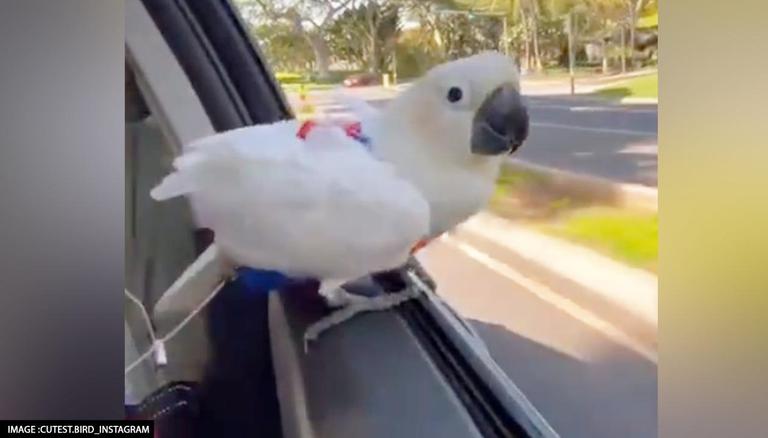 
For an animal lover, social media is an entertaining place. Such netizens are often spoilt for choices on what to watch, as there are multiple videos, right from cats and dogs having fun or troubling their owners to amusing birds having the time of their life.

Many of such posts go viral, and one such example recently was of a parrot. Parrots are famous for their ability to imitate humans in terms of verbal communication. However, in a recent post, the bird showed that they are good even at imitating the actions of human beings.

The viral video opens up to show an adorable white parrot sticking itself out of a car window and enjoying the wind. The parrot seemed to have a superhero-like look as it moved across the window, and had a fun time experiencing the breeze and the movement of vehicles and people on the streets.

Notably, the bird is called Koko, a citron cockatoo who has attained a fan following of his own on social media. The video was shared on Instagram by the account 'Cutest Bird' with "Super Hero" as the caption. The video was taken from the account name 'KOKOMAUIHAWAII', which has more such videos of this adorable bird having fun.

Netizens say, 'Awww having so much fun'

The viral video of the parrot has been doing rounds on the internet and garnered around 1.8 million views since it was shared. The video has also garnered several likes and comments. It has also prompted many to express their views, "He is so cute and so brave!!", a user wrote. The second user wrote, " Soooo CUTE!! This makes me happy! (sic)". The third user wrote in the comments, "This is just … this is so awesome".